A Labrador mix is examined by two OVC veterinarians.

The current pandemic has many veterinary clinics asking pet owners to wait outside during appointments, but new research from the University of Guelph’s Ontario Veterinary College (OVC) finds this new protocol might increase stress levels for dogs.

The pandemic has been challenging for veterinary clinics, which have sought to protect the health and safety of veterinary staff as well as patients with the entry restrictions.

The study, published in the Journal of the American Veterinary Medical Association, found that dogs separated from their owners during exams showed more physiological and behavioural signs of fear and stress than dogs allowed to have their owners in the room.

Stress in the clinic can impair dog welfare in the short term, and challenges with handling fearful dogs can prevent these animals from being properly assessed during the appointment. Worse, dogs sometimes react with aggression when fearful, potentially putting vet staff at risk, said the researchers.

The study is one of the first to assess the influence of owner absence on stress signs in dogs during vet exams.

The Toronto Star covered the research.

“We started this research before the pandemic because we wanted to see the impact of separating dogs from their owners, which we know happens often during veterinary procedures,” said Prof. Lee Niel, Department of Population Medicine and the Col. K.L. Campbell Chair in Companion Animal Welfare. “But these findings are particularly relevant now, given how many clinics are asking owners to wait outside for the visit.” 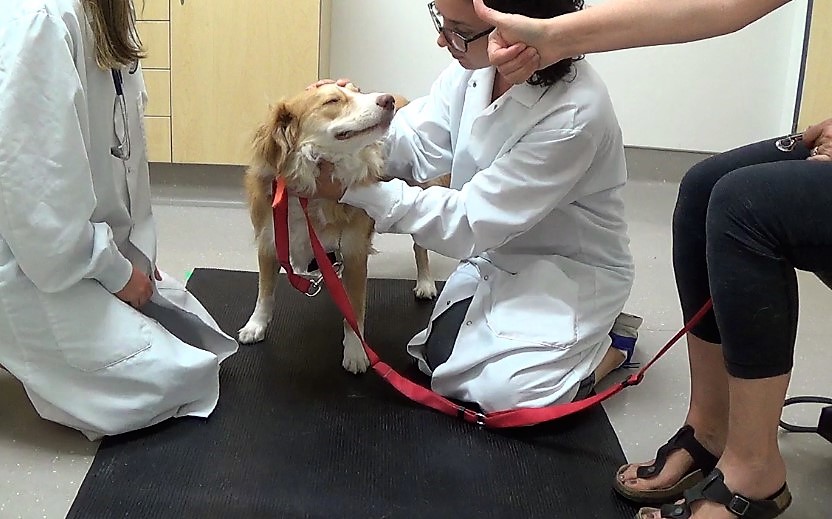 A dog is examined as its owner sits nearby

Lead author and former PhD student Anastasia Stellato said the researchers aimed to find ways to reduce dogs’ stress to make the vet visits more positive and prevent dogs from associating the clinic with fear. Some dogs experience anxiety when separated from their owners, and others might turn to their owners for reassurance during stressful experiences.

“Negative experiences during a visit may make dogs more stressed the next visit, and the problem can compound,” she said. “We want to try to head off that cycle before it gets to the point where the dog might become aggressive.”

In the study, 32 dogs underwent standard veterinary exams, either with or without their owners in the room, with two video cameras recording their behaviour.

Physiological changes known to occur in dogs during stress were assessed, including increased heart rate and temperature, trembling or shivering. Vocalizations such as growling, whining, yelping or barking were noted, along with behaviour changes such as a head held low, ears pinned back, or tail lowered or tucked between hind legs. 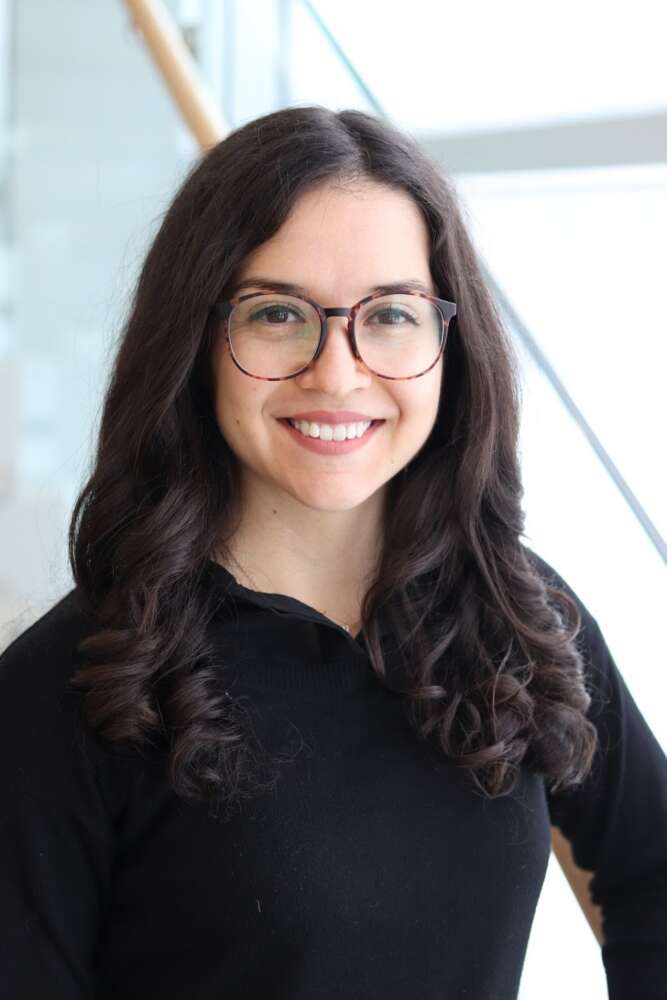 Stellato said a dog’s owner can help a dog in stressful situations and there are many reasons to try to prevent and reduce that stress.

A scared dog might not allow a full physical exam, and increased stress can also lead to inaccurate diagnostics, she said. Stress can raise heart rate and blood glucose levels. If the dog experiences stress and shows aggression or other challenging behaviour, it may deter the owner from bringing the animal in for regular visits.

“There are many reasons we want vet visits to be as low-stress as possible,” she said.

Given that many vets may need to continue to restrict owners from entering the clinic during this pandemic for their own and their patients’ safety, these findings are relevant to dog owners and veterinarians.

“We want vets to be aware they are likely to see some increased stress in some dogs that rely on their owner for social support,” said Niel. 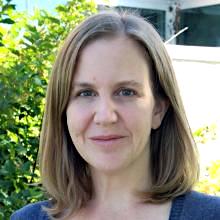 Potential solutions for particularly fearful dogs during the pandemic might be to hold the appointment outside, if conditions allow. Clinics with large, well-ventilated exam rooms could also allow owners of fearful dogs to remain in the room where the dog can see them, even if they can’t stand close by, she said.

“Thinking outside the box for solutions, using minimal restraint handling, offering the dogs lots of treats and making the appointment as positive as possible – these are all good ways to reduce stress for our dogs,” said Niel. “Ideally, veterinarians should be using these techniques to reduce dog stress on a regular basis, but these efforts are particularly important when the owner is absent.”

The research was performed at the Hill’s Pet Nutrition Primary Healthcare Centre at OVC, with funding from the Natural Sciences and Engineering Research Council.