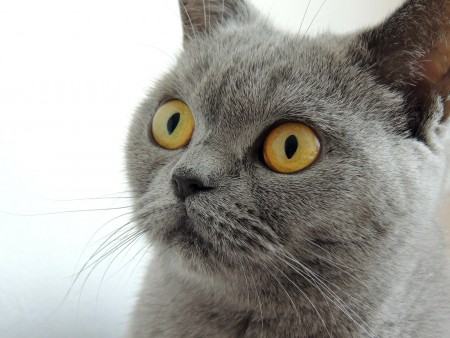 Going to the vet is often a stressful experience for pets and their owners, but there are techniques vets can use to help calm nervous animals, says Prof. Lee Niel, Col. K.L. Campbell Chair in Companion Animal Welfare in the Department of Population Medicine at the Ontario Veterinary College (OVC). Niel’s research studies the efficacy of these techniques.

“I’m really interested in pain and distress in animals, so this is a perfect fit in terms of understanding at the veterinary clinic level how what we do with the animals influences their welfare,” says Niel.

One of her studies includes developing a welfare assessment tool for veterinary clinics to determine what factors influence animal welfare in a veterinary setting, such as a veterinarian’s communication skills, pain management and animal handling techniques. Lauren Dawson, one of Niel’s PhD students, visited 30 veterinary clinics and tested the tool in these categories.

“We video-recorded the appointments so we could see what they are actually doing,” says Niel. “They would do an interview and tell us what they thought they were doing, and then we would watch them in the video and compare the two to see if they actually correspond.” The study aims to provide veterinarians with feedback to help identify areas for improvement of animal welfare in the clinic.

Another ongoing study looks at aspects of veterinary care that cause stress in animals and how they can be minimized. Carly Moody, also a PhD student working with Niel, has been studying how cats are handled in vet clinics. Although dogs can also be uncooperative veterinary patients, “cats are seen as being very fractious and difficult to handle,” says Niel. Stressful visits make owners less likely to bring their cats to a vet clinic.

Moody is looking at ways to restrain cats safely for veterinary exams and procedures. Veterinarians try to be as “hands-off” as possible with their patients, but it’s not always practical, says Niel. The researchers analysed signs of stress in cats in response to different handling techniques. Passive restraints involve gently restricting the cat’s movement; secure restraints completely immobilize the cat. The researchers compared the cat’s stress response to both types of restraint. “Based on previous literature, we were confident that the secure restraint was more stressful,” says Niel.

They noticed differences in the cat’s ear position depending on the type of restraint used. Relaxed cats have forward-facing ears. As their stress level increases, cats move their ears sideways. Backward-facing ears, increased respiration and lip-licking are signs of a highly-stressed cat. Ignoring these warning signs can cause the cat’s behaviour to escalate into scratching and biting, which puts the owner and veterinary staff at risk of injury. The results of this study will provide the basis for future research comparing a variety of handling techniques.

In upcoming studies the researchers will examine the effects of different types of restraint, including scruffing (grabbing a cat by the scruff of its neck) and using towel wraps. Scruffing was once a popular technique used by vets to immobilize cats but is now discouraged by proponents of low-stress handling. The OVC Smith Lane Animal Hospital in the Hill’s Pet Nutrition Primary Healthcare Centre avoids scruffing and is certified as a “cat friendly practice” by the American Association of Feline Practitioners. “It’s a no-scruff zone,” says Niel. “In that clinic we’re trying to move towards all positive handling methods and get away from things like scruffing and pinning animals down.”

Niel says cats learn from both positive and negative experiences at the vet. The more positive experiences they have, the more likely they are to remain calm, whereas stressful experiences can trigger increased fear and aggression over time. Previous research shows that cats tend to be more aggressive after the age of three, suggesting it might be a learned behaviour. “Keep animals at the low end of the scale,” says Niel, “so we’re not forcing them to use these other strategies that they then learn are effective and use them in the future.”