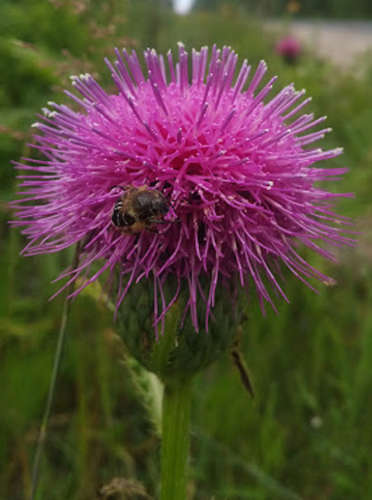 Published recently in the journal PLOS One, the three-year study used the CPR (Conservation, Propagation, Redistribution) method to preserve the genetic material of germ cells, known as germplasm, and use that material to produce large quantities of plants in a controlled environment.

“A very small amount of plant material can produce large numbers of plants for conservation purposes,” said Saxena, who heads the Gosling Research Institute for Plant Preservation (GRIPP) at U of G.

The conventional method of planting seeds to reintroduce Hill’s thistle has shown limited success due to low flowering and low germination rates.

“The major goal of our research is to preserve threatened and endangered plant biodiversity through the application of in vitro culture technologies that can be used to prevent species loss in the field,” said, Saxena, who worked on the study with GRIPP researchers Bita Sheikholeslami, Christina Turi and Mukund Shukla. “We wanted to test our model for its practical utility in a real-life situation, when lab-generated plants are transferred to harsh natural sites.”

Parks Canada provided the team with 29 seeds, of which only two germinated. Those two seeds sprouted enough plant material to grow 1,000 plants in the lab; 300 were transplanted back into the Bruce Peninsula National Park in southern Ontario.

The 300 plants were planted in 12 sites in the national park in summer 2017. The survival rate ranged from 67 to 99 per cent, with nearly all of these plants surviving the winter. Shoot regeneration and flowering occurred in most sites. 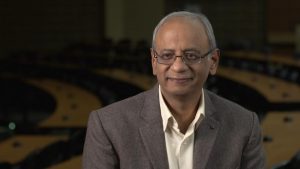 “Micropropagation is a good approach for Hill’s thistle because germplasm can be stored for long-term in our GRIPP facility to conserve the limited genetic diversity, while the threats to the declining populations can be managed through reintroduction of micropropagated plants,” said Shukla. “This extensive study provides solid evidence of the usefulness of in vitro-grown plants.”

The Hill’s thistle grows in scarce Great Lakes areas known as open alvar grasslands. In Ontario, the flowering plant, which supports the life cycles of rare bees and other pollinators, is found mostly on the Bruce Peninsula and Manitoulin Island.

It is listed as a threatened plant species in the province, and one likely to become endangered if steps are not taken to protect it. A lack of suitable habitat due to the encroachment of trees and shrubs, as well as cottage development and quarrying activity in its natural habitat, have contributed to the decline.

“In general, plant biodiversity is important for human lives, as well as animals and microbes, as it is critical to their survival because of the oxygen, food and medicine they provide,” Saxena said. “A complete ecological system is not possible without plant biodiversity. We are optimistic that the CPR model will prove to be an important tool in saving plant diversity, including important food and medicinal crops.”