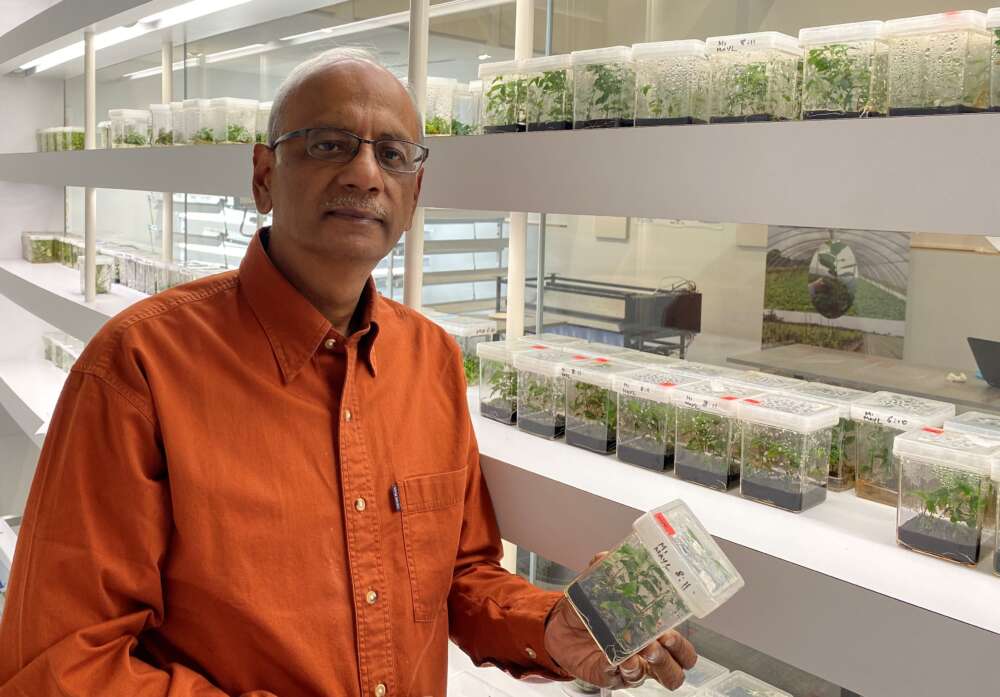 A new $1-million gift from the Gosling Foundation will enable the University of Guelph to continue conserving valuable and endangered plant species threatened by climate change, disease and loss of biodiversity in Canada and worldwide.

The new gift follows previous donations totalling $7 million from the foundation to establish and sustain the Gosling Research Institute for Plant Preservation (GRIPP). The institute runs the only research-intensive Canadian facility for cryopreservation of endangered plant biodiversity.

Cryopreservation allows researchers to store plant tissue at ultra-low temperatures – as low as -196 Celsius – in liquid nitrogen for later thawing and use.

“This new funding essentially establishes a permanent basis for our cryo-collection and enables a long-term strategy to make a bank of valuable but endangered Canadian plant species,” said plant agriculture professor Praveen Saxena, director of GRIPP.

“It will strengthen international recognition of GRIPP as a uniquely Canadian conservation facility for the cryopreservation of plants.”

He said the gift will enable the institute to continue cloning and preserving plant tissue and sharing that material with researchers and agencies across Canada. That will help ensure conservation and future stocks of economically important and endangered plants, said Saxena.

Referring to GRIPP’s cryopreservation facilities, he said, “The plant in cryobank remains in suspended animation for decades. We can bring it to life and avoid its extinction.”

A registered private foundation, the Gosling Foundation was established to help in education and in protection and preservation of natural places for plants and people. 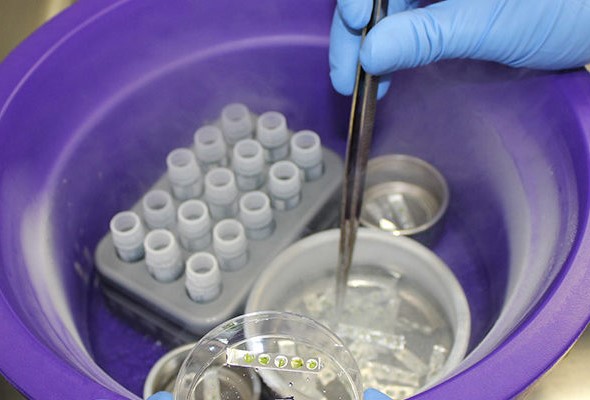 Philip Gosling, a member of the Order of Canada, said, “I believe that the need to save plant biodiversity is urgent, and we must save what we can while we can.”

Rene Van Acker, dean of the Ontario Agricultural College, said, “We are very grateful to Philip and Susan Gosling for their ongoing commitment to conservation and to the advancement of knowledge in this field through their latest support of the Gosling Research Institute for Plant Preservation.

“This support is key to sustaining the important work in GRIPP and in particular to ensuing that Professor Praveen Saxena remains in his leadership role as the director of GRIPP for the next five years.”

Most of the new gift will be used to support cryopreservation technology at GRIPP, including hiring a new collection curator. The donation will also support additional upgrades to GRIPP infrastructure, occupying the equivalent of about three standard-sized labs in U of G’s Controlled Environment Systems Research Facility.

“A curator will oversee our existing collection and the activity of putting more plant tissues into the cryo-bank,” said Saxena. “Making that position permanent will put GRIPP on a solid foundation for making a bank of endangered and economically important Canadian species.”

Saxena is known internationally for work in protecting valuable plant species through in vitro preservation, micropropagation and cloning of species like American elm trees that have survived outbreaks of Dutch elm disease.

Since 2012, the institute has perfected growth and storage conditions for dozens of plant lines in its vault, including American elm, American chestnut, cherry birch, hazelnut, golden paintbrush, Hill’s thistle, St. John’s wort and ginseng. Saxena expects to preserve hundreds more lines over the next five years.

Working with a bit of leaf, stem or root tissue, GRIPP conducts micropropagation to clone many hundreds or thousands of genetically identical specimens that may be planted or cryopreserved. Saxena said the institute has a unique focus on cloning recalcitrant vegetative tissues, including research projects typically not tackled by commercial cryo-labs.

“We can use this facility to solve problems in very difficult-to-regenerate species,” he said. “Suppose only one plant is left on the planet and it’s unable to make seed. We need to work with vegetative tissues to recover plants. That’s where micropropagation or tissue culture comes in.”

Cryopreservation and tissue culture can help maintain genetic diversity, enabling researchers to breed plants suitable for new or different growing conditions around the world caused by natural disasters such as wildfires as well as climate change or disease or pest infestations.

From crop plants to species grown in the wild, said Saxena, “we’re ready to address loss of biodiversity whenever it happens.”

The GRIPP team has recently used the technology – called “conservation-propagation-redistribution” – to reintroduce the endangered Hill’s thistle in Ontario. The institute is working with Canadian growers to help ensure security and dependability of high-value crops including fruits, hops and hazelnuts.

“GRIPP is a very unique platform to contribute to reducing the impact of climate change and to helping industry,” said Saxena.