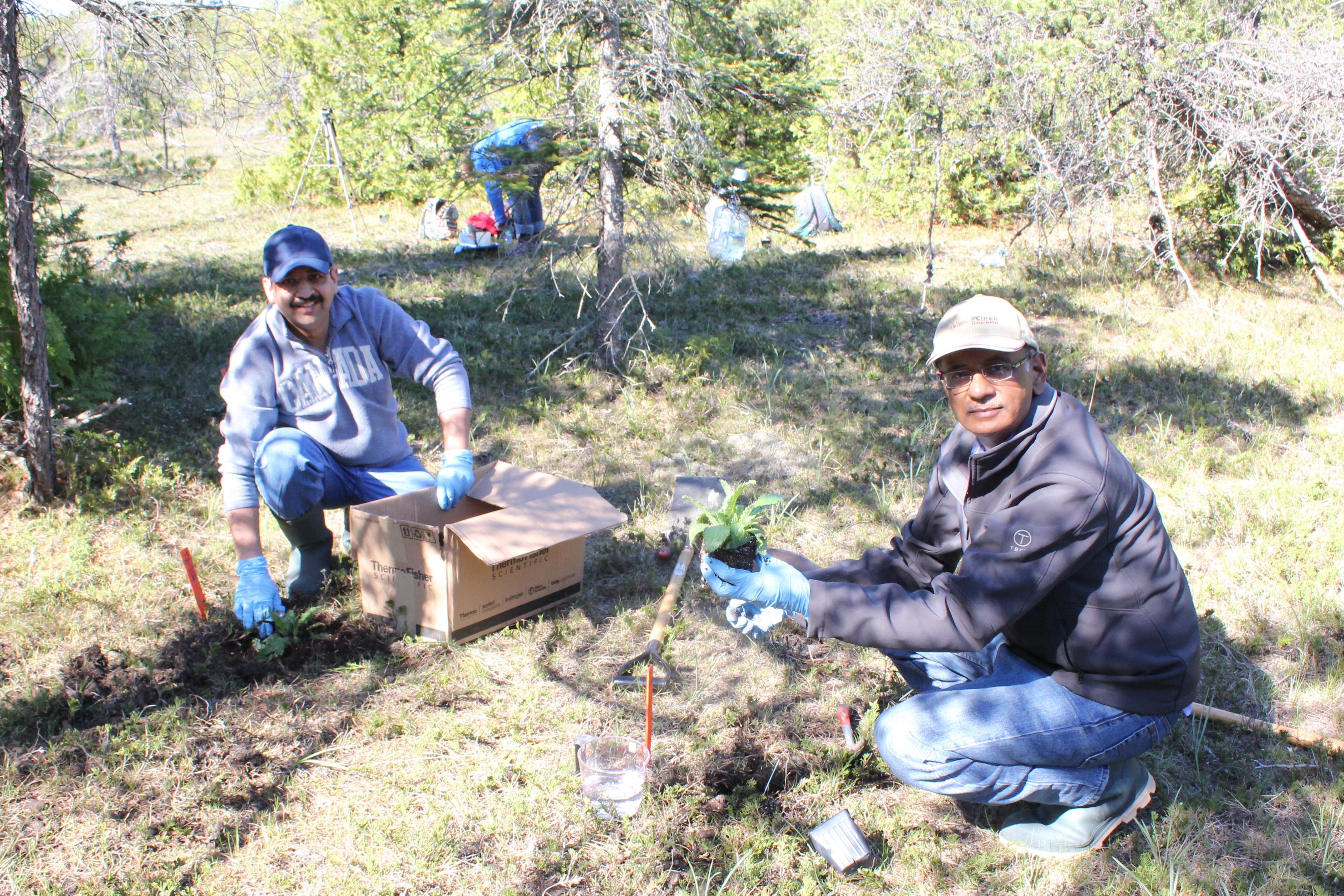 A University of Guelph project to save an endangered thistle may ultimately restore the plant and help preserve biodiversity in Canada’s national parks.

The Gosling Research Institute for Plant Preservation (GRIPP) at U of G is working with Parks Canada on restoring Hill’s thistle, a native plant which is threatened by encroaching vegetation and human development, in the Bruce Peninsula National Park located in Tobermory, Ont.

Using in vitro technologies to grow Hill’s thistle plants, researchers from GRIPP and Parks Canada have reintroduced plants into their natural environment. To mark Canada 150, GRIPP researchers and Parks Canada staff planted 150 Hill’s thistle plants in early June at six locations. They are now monitoring these plants and additional planting sites will be added in July. 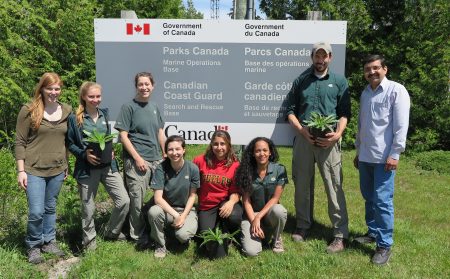 Referring to a model developed by GRIPP for restoring biodiversity, Praveen Saxena, GRIPP director and a plant agriculture professor, said the institute’s “conserve-propagate-redistribute model has tremendous potential to save endangered plants.”

Referring to calls from Catherine McKenna, federal minister of environment and climate change, to preserve biodiversity, Saxena said “GRIPP programs and facilities are critical for future species survival, as they enable the long-term storage, rapid production and redistribution of endangered plants into their natural environment in the hour of need.”

Hill’s thistle lives in Canada and the United States, primarily around the Great Lakes. The plant is a food source for white-tailed deer, and some plant scientists believe its extensive root system helps stabilize soil.

To mark Canada 150, GRIPP researchers and Parks Canada staff planted 150 Hill’s thistle plants in early June. The team is now monitoring these plants and have seen the plants flourish at each of the sites thus far. 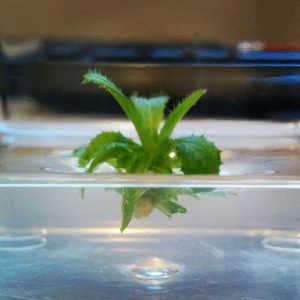 “We wanted to work with GRIPP because it is a world-renowned leader in the plant preservation technology, and so far we are happy with the results,” said John Haselmayer, superintendent of Bruce Peninsula National Park/Fathom Five National Marine Park.

“As we celebrate Canada’s 150th anniversary, we want Canadians to know that Parks Canada is committed to ensuring these parks maintain their unique ecosystems and biodiversity not just for today but for generations to come.”

Saxena said he hopes the project does more than just revive the struggling thistle.

“Climate change and population growth will affect plants such as these, and it is important to realize that biodiversity is very important; we just don’t know what the loss of one plant will mean to the rest of nature,” he said.

“If we don’t do something now, it will be very difficult to bring these plants back in the future. Projects such as these can be both ecological and educational, by helping save plants while also teaching people the urgent need for work to be done now.”