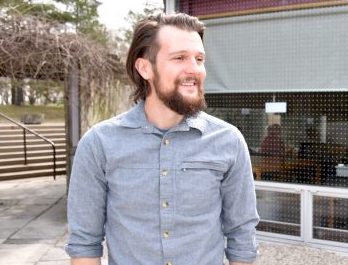 Sean Fox, the curator of the University of Guelph Arboretum, was featured in a CBC News story about how the saplings recovered from an elm tree on Parliament Hill are faring at the arboretum.

The 100-year-old American elm that stood on Parliament Hill had to be cut down in April during renovations to Centre Block. Approximately 100 twigs from the tree were sent to the U of G Arboretum as part of the facility’s Elm Recovery Project.

Many of the twigs were in poor condition, but 50 were selected for grafting. Fox reported that 10 of those saplings have survived and are looking “very healthy and very vigorous.”

Elm trees in Canada are particularly susceptible to Dutch Elm disease, so the fact that the Parliament Hill elm had survived a century was particularly rare, Fox said. With 10 saplings thriving, the genetic profile of the historic tree lives on.

Fox said the saplings will remain in a greenhouse before eventually being planted, most likely in Ottawa.