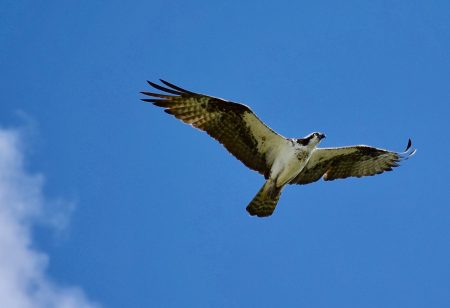 Human encroachment is the leading cause of death among Ontario’s at-risk birds of prey, according to a first-ever University of Guelph study.

The study made media headlines, appearing on CBC News and CTV News.

Among deceased raptors submitted to the Canadian Wildlife Health Cooperative over a 23-year period, a majority of the wild birds died of trauma and starvation, said pathobiology professor Nicole Nemeth.

“The most common cause of death was from trauma, which often included colliding with a vehicle or flying into stationary objects, such as buildings,” said Nemeth. “The second most common cause was emaciation, which often occurs when the landscape changes in a way that hinders them from successfully hunting and finding shelter.”

This was the first study to examine the most common causes of death in raptors in Ontario.

The province is home to 25 species of breeding raptors. Numerous species are considered species at risk, including barn owls, golden eagles, bald eagles and peregrine falcons.

“We can’t afford to lose too many of these birds,” said Nemeth. “They play an important role as top predators in the food chain. They are hunting birds and help with keeping equilibrium within ecosystems by controlling certain animal populations.”

Among raptor species submitted to the cooperative from 1991 to 2014, the most common were red-tailed hawks and great horned owls. 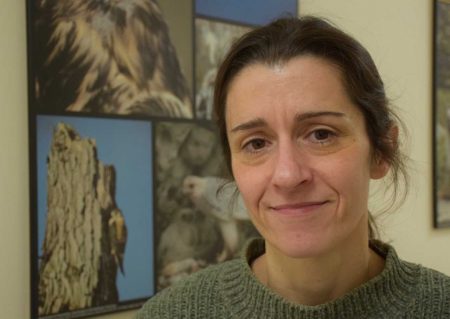 Of about 1,500 birds studied, 49 per cent were killed by trauma and 17 per cent had died from starvation. Other significant causes of death included infection, mostly West Nile virus (five per cent), and exposure to toxic substances in the environment (three per cent).

“Based on these findings, it is apparent that urban expansion into natural areas and other types of anthropogenic landscape alterations are behind many of these deaths,” said Nemeth. “These birds are solitary and territorial, so they need a lot of space to survive.”

More vehicular traffic as well as power lines, buildings and wind turbines in natural areas are hazards for these birds, she added.

“When they are hunting, they are often so homed in on their prey that they aren’t as aware of what else may be in their path. In a natural environment, this wouldn’t matter as much as it does in areas with higher human population densities.”

Habitat loss has also made it more difficult for these birds to find spaces to build nests, hunt for prey, and seek shelter from weather and other predators, she said.

“They need a certain amount of space, cover and other resources, such as prey base, to survive. When they can’t find cover, are exposed to the elements and unable to rest, they will struggle to find food resources. Add to that a long hard winter, and it’s enough to kill them.”

Nemeth called for more public awareness about the plight of these birds and the need to protect their habitat.

“We need to be more aware of the fact that these birds are living in our environment, and in some cases that means preserving large natural areas of land where they can thrive.”