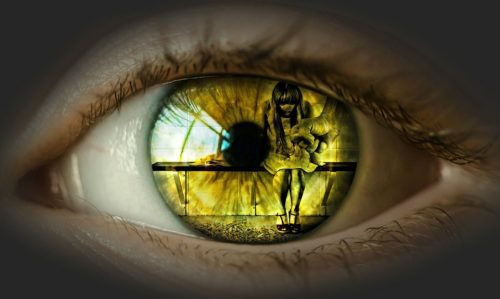 More than half of Canadians killed through domestic violence in recent years were Indigenous, immigrants or refugees, lived in rural, remote or northern areas, or were children, according to a first-ever report led by a U of G researcher.

The inaugural report titled One Is Too Many: Trends and Patterns in Domestic Homicides in Canada 2010-2015 is part of the Canadian Domestic Homicide Prevention Initiative with Vulnerable Populations (CDHPIVP).

The report found that 476 people in Canada were killed through domestic violence — 76 per cent of them female and at least 53 per cent representing one of the vulnerable populations mentioned above.

“These vulnerable populations have enhanced risks or unique barriers that are leading to higher rates of domestic violence and homicide for some due to historical and ongoing colonization, oppression, and discrimination as well as lack of access to resources because of geography, language, culture, age or poverty,” said Prof. Myrna Dawson, director of the Centre for the Study of Social and Legal Response to Violence and holder of the Canada Research Chair in Public Policy in Criminal Justice. “We need to learn more about the nuanced needs of these groups if we want to manage risk and promote safety planning. We need to do so by working with them.”

Among vulnerable populations, where possible to identify, 42 per cent of homicide victims lived in rural, remote and northern areas; 26 per cent were immigrants or refugees; 17 per cent were Indigenous; and 15 per cent were children.

Co-directed by Dawson, the CDHPIVP is a five-year project funded by the Social Sciences and Humanities Research Council to study domestic homicides in Canada – particularly among vulnerable groups — and identify protocols and strategies to reduce risk, enhance safety and share information.

Domestic homicide is defined as the killing of a current or intimate partner, their children, or others such as new partners, family members, friends or bystanders.

After accounting for population size, the report reveals that more of these crimes occur in provinces with more rural, remote and northern areas.

Based on population size, Nunavut and the Northwest Territories have the highest rate of domestic homicide. Alberta, Manitoba, Saskatchewan, New Brunswick and Prince Edward Island all exceed the national homicide rate; Quebec has the lowest rate in the country.

“One of the reasons for the higher rates of domestic homicides in rural, remote and northern areas could be the availability of guns,” said Dawson, who co-directs the initiative with University of Western Ontario Prof. Peter Jaffe. “It’s known that gun ownership is strongly linked to domestic homicides. Another factor is the lack of access to resources in these areas.”

“Their risk is further compounded because they also often live in rural, remote or northern regions and so face the challenges of living in such regions as well,” said Dawson.

The report also found that some of the most common risk factors for vulnerable populations were an impending separation between the victim and the accused and an age difference of nine years or more.

“Right now, the focus has been on individual and relationship factors, but we are still missing the higher-level community and societal-level risk factors. The goal is to develop and implement more nuanced and population-specific, culturally informed practices and policies.”