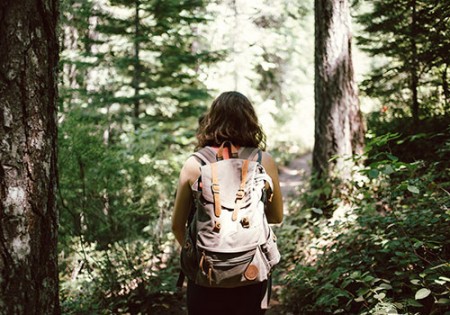 In 1958, an unknown virus infected a five-year-old boy in the town of Powassan, Ont., near North Bay. He became very ill and ultimately died. Because the virus had not been previously identified, the medical experts named it Powassan virus after the boy’s hometown.

Research done in the 1980s discovered the Powassan virus is transmitted by ticks, like Lyme disease, but by a different type of tick (Ixodes cookei). Wild animals that are bitten by these ticks can become infected with Powassan virus, but in most cases, likely don’t get sick. When the infectious ticks bite humans, however, the virus may cause serious disease that can be fatal. It’s also on the increase, with an outbreak in Ontario in the summer of 2015, and more cases appearing each year in the U.S.

“We know little about the transmission ecology of this virus, including which wildlife species play important roles in disease spread. We know that the virus is historically present in Ontario, but current information on its distribution in the province is lacking,” says Nicole Nemeth, a pathobiology professor at the Ontario Veterinary College. She is beginning a multi-year study funded by the Natural Sciences and Engineering Research Council (NSERC) to explore some of these questions.

This past summer, Nemeth started an analysis of tissue samples from the carcasses of wild animals to test for the virus. Beginning in the spring of 2016, with the help of master’s student Kathryn Smith, Nemeth will take blood samples from live wild animals to check for the presence of antibodies to the virus.

“It’s more likely to find the antibodies in live animals rather than detecting the virus in carcasses,” she says, adding they are collaborating with the Public Health Agency of Canada and its laboratory in Winnipeg is helping with some laboratory testing.

Nemeth and Smith are also looking for ticks carrying the virus, but it’s a challenge. The ticks are thought to attach themselves to smaller mammals such as groundhogs, skunks and squirrels, and to live near or under the ground. “We have tried sampling groundhog burrows but haven’t had much luck,” says Nemeth. Besides examining wildlife, they also plan to test ticks from dogs and cats.

Even when they find ticks, it’s not always easy to identify the specific ones that carry Powassan virus.

While the actual range of the virus isn’t known, studies from the 1980s found cases in Guelph and other communities, and the outbreak this past summer was in Kingston — all quite a distance from Powassan. “It would be good to know how far north this disease has spread as well,” says Nemeth.

While most wild animals don’t seem to get ill when they contract Powassan virus, the disease can be fatal in horses.

“Just as in humans, the virus goes into the brain and can cause encephalitis,” says Nemeth, who suspects that cases might be missed if the patient develops neurological symptoms and the physician or veterinarian treating it doesn’t consider the rare virus. She is hoping to review some of the old cases brought to OVC to see if the case details fit this disease.