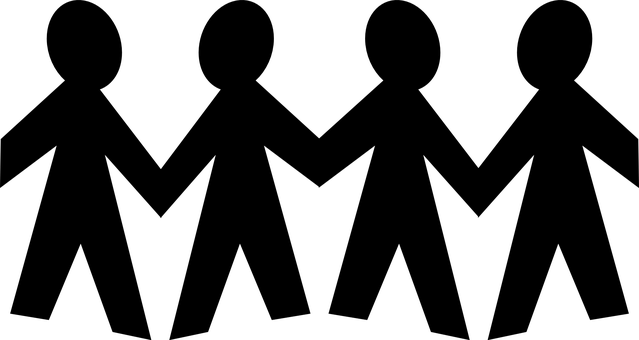 Editor’s Note: This article originally appeared in The Conversation Canada and was picked up by National Post.

Politics is about power – who has it, who doesn’t and what it enables people to do. Canada as a settler colonial state has had too much power for too long over Indigenous peoples and their lands and institutions.

No genuinely positive change, however defined, can succeed unless the federal and provincial governments roll back power to give the Indigenous control over their own self-determining futures and lands.

After almost two and a half years, it seems like Justin Trudeau’s Liberal government is going to do something positive to address what is recognized as a “humanitarian crisis.” The identification of a crisis by Minister of Indigenous Services Jane Philpott may be news, but the crisis is hardly that.

Way back in 1984, the Manitoba-based Kimelman Committee investigating the forced removal of Indigenous children from their homes and into the child welfare system concluded: “Cultural genocide has been taking place in a systematic, routine manner.”

In 2013, United Nations Special Rapporteur James Anaya described Indigenous peoples as being in “crisis” in Canada.

And two years ago, the Canadian Human Rights Tribunal sided with the Assembly of First Nations and Cindy Blackstock, executive director of the First Nations Child and Family Caring Society, and called for the federal government to stop its chronic underfunding of services for Indigenous children living on reserves.

When announcing six steps to improve the status of Indigenous children in “care,” Philpott argued that “assigning blame” was not the goal. Rather, she said, it was to acknowledge “the severity and importance of the crisis and determining how each of us can be part of the solution.”

However, assigning blame is important, because Canada is responsible. It created the crisis in the first place and has been avoiding it ever since. Successive federal and provincial governments since the 1880s, if not before, have been blameworthy in their actions.

They have acted in the name of settlers like me, settlers who voted for elected representatives and parties and endorsed the policies of their governments.

A violation of the UN Genocide Convention

In much of my published work, I have consistently argued that the Indian Residential Schools violated the UN Genocide Convention of 1948, with a particular focus on Article IIe, which prohibits forcibly transferring children from one group to another group.

The residential school system operated for more than seven generations, and the federal government created legislation in the form of the Indian Act. The government worked with the Christian churches and other authorities to remove Indigenous children from their families and communities.

Most of us know something of the struggles many children encountered, including extremely high rates of abuse and the loss of languages, cultures and crucial ties with their families. The Truth and Reconciliation Commission (TRC) officially names this cultural genocide. But individual TRC commissioners and a large number of survivors see no need to use “cultural” as a descriptor.

The argument can also be made that the so-called Sixties Scoop — the mass removal of Indigenous children from their families into the child welfare system — also violated the UN Genocide Convention, since here, too, tens of thousands of children were removed from their families and communities.

Many were virtually sold to white families in the United States, and were stripped of their languages, spiritual beliefs and cultures. Some did not even know they were Indigenous, just that they often looked and thought differently from their white families.

Nineteenth-century politicians and bureaucrats at the federal level were overt about their racism and their intent to end the separate existence of Indigenous peoples using residential schools. When it comes to the Sixties Scoop, provincial leaders were more cryptic — policy outcomes were assumed rather than explicitly stated. Policies implemented against Indigenous peoples were based on bias and structural racism embedded within child welfare systems.

Why the delay in responding to a crisis?

When it comes to political action in favour of Indigenous peoples, things move slowly even when court decisions call for immediate action. The Liberal government has made a commitment to making changes. Why is it taking so long to see some actual action? Delays in responding to this crisis have a profound impact on the lives of Indigenous children, parents and extended families.

Does the Liberal government only care when confronted with media spotlights and when meeting with Indigenous leaders? If they do have a sense of responsibility, why are things moving so slowly?

The government needs to be more transparent about what they are doing and when. They need to consult with their treaty partners, not make decisions on their behalf. They need to communicate the obstacles they are facing. Good intentions are not enough. Their intentions need to be translated into concrete policies and then implemented.

Goodwill needs to translate into action

Philpott announced a six-point plan to address the crisis in foster care. The plan overlaps with — but is far less comprehensive than — a proposal known as The Spirit Bear Plan put forward by the First Nations Child and Family Caring Society.

The minister’s plan includes a vow to “implement all orders” from the Canadian Human Rights Tribunal. It focuses on “prevention and early intervention”; support of Indigenous community-led programs; support for “Inuit and Métis leadership to advance culturally appropriate reform”; and better “data and reporting” strategies.

But the Spirit Bear plan tackles a problem Philpott does not address — government accountability to Indigenous peoples. The Spirit Bear Plan also calls for a large infusion of much-needed funding into communities.

A central request of the Spirit Bear plan is identifying need and targeting funding to address the massive inequalities between Indigenous peoples and settlers. The plan asks the parliamentary budget officer to “publicly cost out the shortfalls in all federally funded public services provided to First Nations children, youth and families (education, health, water, child welfare, etc.) and propose solutions to fix it.”

In consultation with First Nations, the government would “co-create a holistic Spirit Bear Plan to end all of the inequalities … in a short period of time sensitive to children’s best interests, development and distinct community needs.”

As well, the plan calls for oversight and a “thorough and independent 360° evaluation to identify any ongoing discriminatory ideologies, policies or practices and address them” for any government department providing services to Indigenous peoples.

The Spirit Bear Plan concludes with a call to all public servants to “receive mandatory training to identify and address government ideology, policies and practices that fetter the implementation of the Truth and Reconciliation Commission’s Calls to Action.”

If any form of nation-to-nation relationship is to work, government activities must be transparent and accountable. That transparency and accountability must be able to be measured from outside and corrected when it is insufficient. There needs to be a rollback of settler government control over Indigenous issues. The current system continues to reflect the power imbalance that developed from the onset of settler colonization – settler governments want to keep the power to enact policies toward Indigenous peoples.

Indigenous power and land were taken by the settler state. The building of constructive and positive relations is not about being “nice.” It is about ensuring that settler governments cede enough political power so that they are no longer in a position to make the same policies again that have led to crises.

David MacDonald, Professor of Political Science and Research Leadership Chair for the College of Social and Applied Human Sciences, University of Guelph