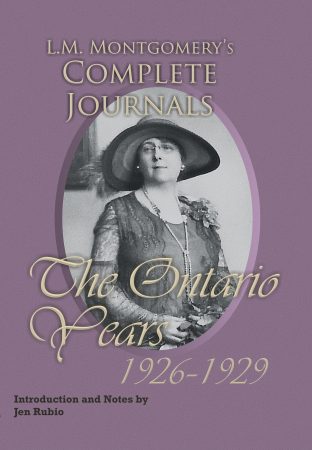 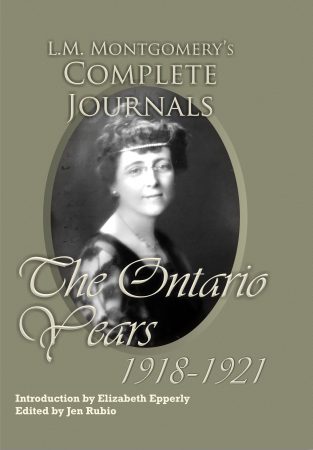 Think of the sunny heroine of Anne of Green Gables and you might not think of dark times.  But readers of the complete journals of author Lucy Maud Montgomery will learn of the real-life struggles endured by one of Canada’s most famous writers.

Personal, professional and financial challenges faced by Montgomery are detailed in her 10 legal-sized, handwritten journals, housed in U of G’s McLaughlin Library archives.

Professors emeritae Mary Rubio and Elizabeth Waterston published these journals as much-abridged selected volumes between 1985 and 2004.  They were so popular that the complete journals are now being published, with all of Montgomery’s own photographs included.

Two of the full Ontario volumes have just been published, in time for Canada 150 celebrations.

Born in Prince Edward Island, Montgomery lived the second half of her life in Ontario — first in Leaskdale and later in Norval — with her Presbyterian minister husband.  She was active in church and community life, and served on the executive of the newly formed Canadian Authors’ Association.

The complete journals show Montgomery in a way few might expect, given the optimistic and hopeful tone of Anne, said Rubio, who has spent decades researching the famous author and published an award-winning biography, Lucy Maud Montgomery: The Gift of Wings.

Montgomery first wrote of the fictional red-headed Anne Shirley in 1908.  Anne became the central character in numerous best-selling sequels, as well as in a number of movies and television series, including the 2017 CBC series.

“The tone in her early journals was happier despite occasional bouts of depression,” said Rubio.

“She always appeared cheerful in her public life, but she was a very complicated woman. After she married and moved to Ontario in 1911, she faced new challenges.  Her husband developed severe mental health issues, as did her first son later on.”

In addition to these personal problems, Montgomery waged an extended lawsuit against her American publisher.  She won the case after a decade of litigation, only to lose her settlement in the stock market crash of 1929. Her journals cover those events.

Rubio is working with the Heritage Foundation of Halton Hills (HFHH), which has purchased the Presbyterian manse in Norval where Montgomery lived for nine years; the foundation plans to establish a museum.

“We’ve had a lot of support from all areas of U of G, including senior administration,” said HFHH member Laura Rees.

“There are so many elements of her life to be examined for the museum by different departments of the University of Guelph. Having senior leadership involved has been great. We have a lot of work to do to get the L. M. Montgomery Museum and Literary Centre open in two years.”