Medal-Filled Weekend for U of G Athletics

Thomas Land was named Male Athlete of the Meet. He won gold in the men’s 600-metre race and silver in the men’s 1,000-metre. On the women’s side, Ashley Connell won gold medals in the weight throw and shot put. 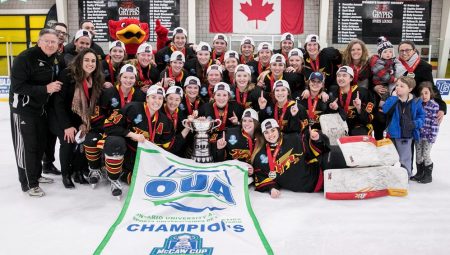 The U of G women’s hockey team won the McCaw Cup Saturday to defend the Ontario University Athletics (OUA) title.

The Gryphons beat Nipissing University 6-1 in front of a hometown crowd.

“It’s just as good, but it’s completely different,” said goaltender Valerie Lamenta, who was named the McCaw Cup’s most valuable player after stopping 16 of 17 shots.

The team will compete in the U Sports championships March 16 to 19. 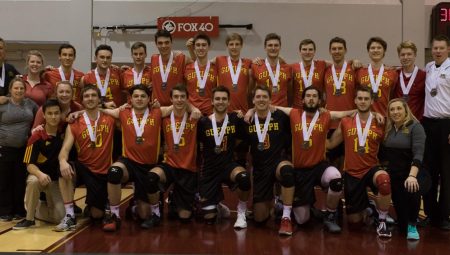 The men’s volleyball team beat Ryerson University Saturday in the OUA bronze medal game. It was the team’s best finish in seven years.

“We missed our opportunity last night to make nationals and that’s going to hurt for a while, but I think when we look back at this season as a whole and how far we’ve come over the last year, it’s pretty satisfying,” said Gryphons head coach Cal Wigston.