This past weekend, University of Guelph athletes won team track and field championship titles for both men and women at the Ontario University Athletics (OUA) competition in Toronto, and won bronze medals in national swimming championships in Sherbrooke, Que. 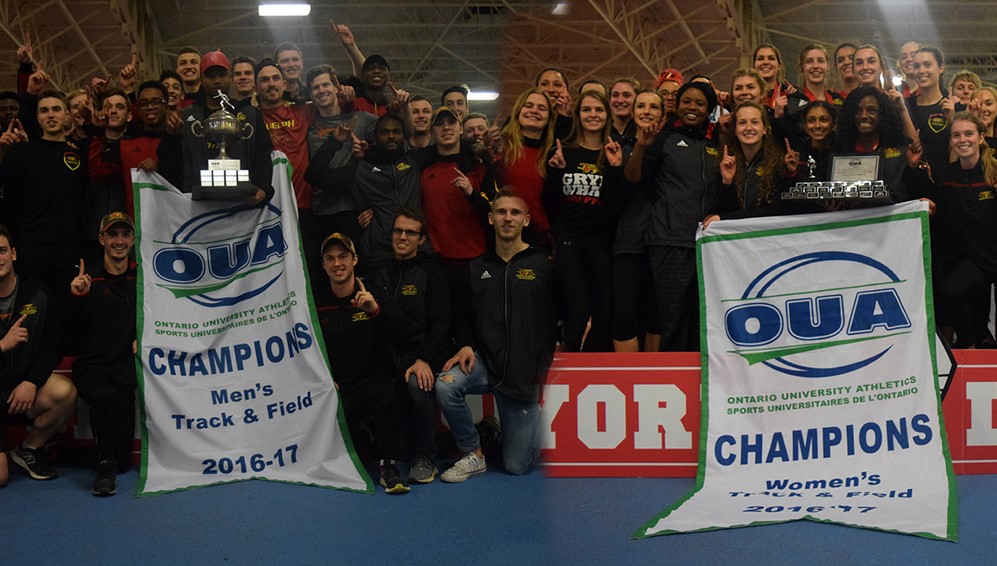 Both men’s and women’s track and field teams won OUA championships Feb. 25 at the Toronto Track and Field Centre, marking the first time since 2013 that one school claimed both titles.

The women won their second straight team banner — and their fourth in the last five seasons – to finish ahead of Western University and the University of Toronto.

In the 4×200-metre relay, the Gryphon women avoided a collision between two teams to cross the finish line in first place.

Four Gryphon men won gold medals as the men’s team claimed its second team title in three seasons, finishing well ahead of Western and the University of Windsor, the defending champions.

Thomas Land won the 600m race, and Kyle Thompson edged out teammate Keysean Powell at the line to win gold in the 60m.

All gold and silver OUA medallists are automatically qualified for the U Sports national championships, which will begin March 9 at the University of Alberta.

At the U Sports swimming championships this past weekend, Olympian Evan Van Moerkerke capped his university career with a bronze medal in the 100m freestyle, and Emily Anzai won bronze in the 200m backstroke.

At U Sports finals in Winnipeg, the women’s wrestling team placed second overall, up one spot from last year’s finish.