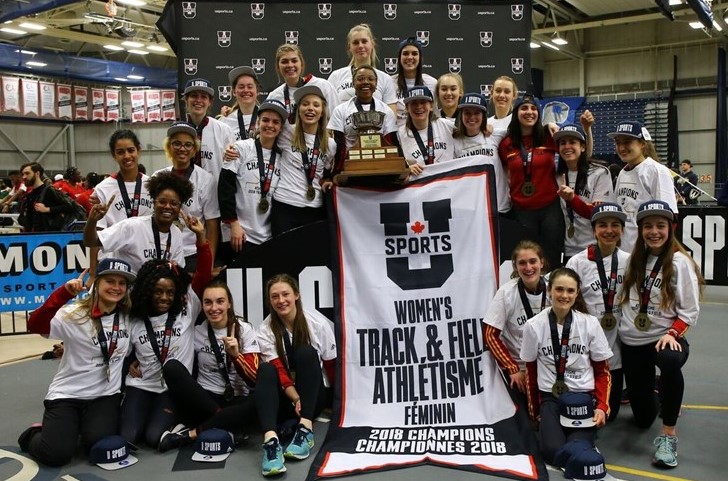 It is only the second time in U of G history that the Gryphons have swept both titles in the same year.

U of G finished the three-day event, which wrapped up in Windsor today, with 20 medals, seven of them gold.

“It’s our strongest year ever,” said Gryphons coach Dave Scott-Thomas, who was named U Sports Women’s and Men’s Coach of the Year. “I put a lot of weight on titles as an indication of strength. We’ve had other very good years. But this shows where we are now as a program.”

It was the second straight win for the men’s team, which has won the team title five times. The Gryphon women’s team took home its third banner. U of G last won both the women’s and men’s championships in 2008.

“This has been a very focused team and also a loose team in a lot of ways,” said Scott-Thomas. “They have fun a lot of fun when they compete. They go hard, a lot of risk-taking.”

U of G’s Thomas Land was named the Male Performer of the Meet for the second straight year. He won gold medals in the 600m and 1,000m races. More information. 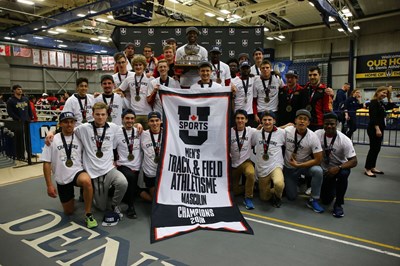