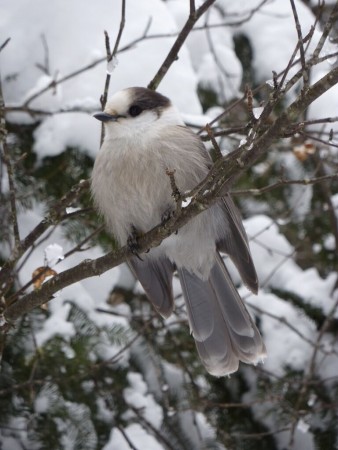 The gray jay has just been named Canada’s national bird, chosen over more well-known front-runners such as the loon and the snowy owl – and an excellent choice, says University of Guelph integrative biology professor Ryan Norris.

“Gray jays embody a lot of qualities that I think we value as Canadians. They are friendly, tough and extremely intelligent,” said Norris, who has conducted numerous studies on the robin-sized species.

Found in nearly every province, gray jays are year-round residents in the Canadian boreal forest. They stay put during Canada’s harsh winters rather than flying south like the common loon, the candidate that topped public voting for the country’s national bird.

In winter, gray jays rely on berries, fungi, insects, carcass meat and other foods stored in tree cavities during summer and fall. They remember where they’ve stored tens of thousands of food items scattered throughout a territory up to 160 hectares in size.

Gray jays rely on cached food not only to survive harsh winters but also to thrive during the breeding period. Both male and female build the nest and care for their young together.

“What is perhaps more remarkable is that female gray jays start breeding in mid-February when temperatures are routinely below -15 C and there is very little food around,” Norris said. 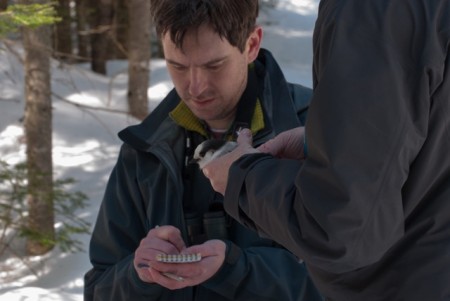 He recently published a first-ever study on gray jays showing that males have a big influence on female nesting decisions. How females adjust to changing conditions over their lifetimes is important for predicting future effects of climate change, he said.

For the study, Norris and his research team examined four decades’ worth of data from a population of Canadian gray jays. They found that young female birds with older mates are more likely to nest during optimal times and adapt better to varying environmental conditions than those paired with younger males.

Norris has also published studies on how gray jays’ survival depends on storing their food in suitable tree types, and how climate change affects the quality of cached food.

“It’s my hope that selecting the gray jay as the national bird will elevate awareness of the effects of climate change on wildlife,” Norris said.

“Our work highlights how warmer temperatures can have a negative influence on food availability, but we still know very little about how climate is influencing many other species that live in Canada.”

Norris said the birds’ habitat in the more remote boreal forest may explain why few Canadians are familiar with them.

“However, the boreal forest is the largest terrestrial ecosystem in the country and it is under numerous threats, including resource extraction, development and climate change.

“The gray jay has long been an iconic symbol of the boreal forest, so hopefully its status as the national bird will further raise awareness of this vital but often overlooked part of our country.” 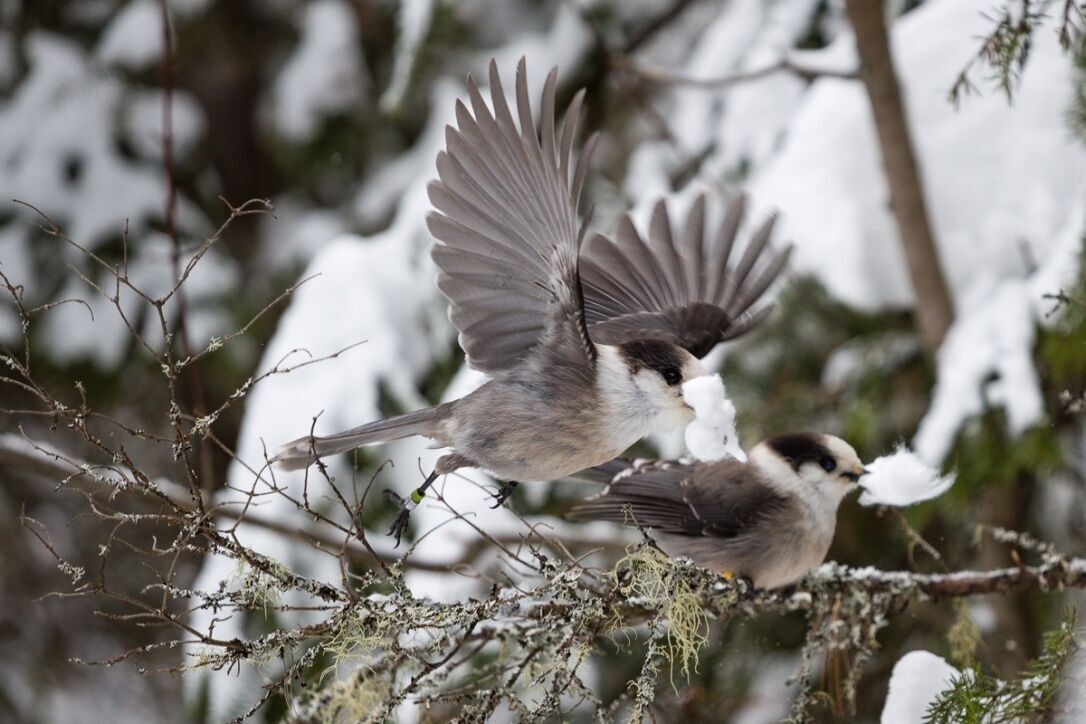