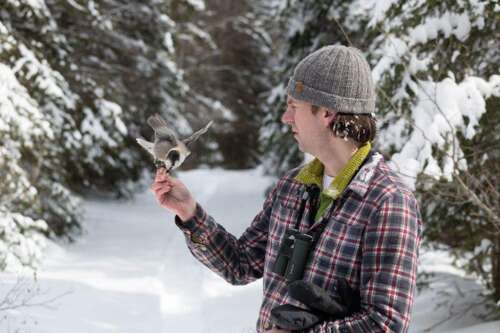 For the first time, a study led by Dr. Alex Sutton and Dr. Ryan Norris, Department of Integrative Biology, has linked food spoilage caused by more frequent freeze-thaw events with bird population declines in part of the province.

Non-migratory Canada jays are still plentiful throughout the boreal forest that spans the country – so much so that proponents including Norris have long pushed for its adoption as Canada’s official bird.

But climate-driven freeze-thaw cycles in the fall – nature’s equivalent of unplugging and plugging in your food chest – is spoiling more of the birds’ cached food supplies needed for winter reproduction.

That leaves less food for overwintering, leading to production of fewer young and young that are generally in poorer condition. These “carry-over effects” will drive population decline and ultimately loss of the birds along the southerly edge of their Canadian range, including Algonquin Provincial Park where many people normally encounter Canada jays, said Norris.

The study was published in  Global Change Biology and the research was featured on CBC.ca. 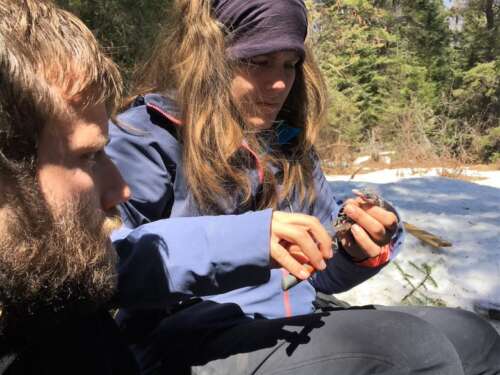 Alex Sutton (left) and Nikole Freeman in the field

Other co-authors are Dr. Nikole Freeman and Dan Strickland, former chief naturalist at Algonquin Park, who began working on Canada jays in the park in the 1960s.

Unlike squirrels that cache non-perishable nuts for winter, Canada jays hide meat, berries and other perishable items in trees. “The Canada jay is unique,” said Sutton. “It uses the natural environment as a freezer for perishable food.”

That works so long as the freezer stays “plugged in.”

In a 2019 study, the U of G researchers found that much of those food stores can be degraded by alternate warm and cold temperatures in the fall. Now, they have shown that carry-over directly affects production and survival of young born months later.

Those youngsters are generally in poorer condition, weigh less for their body size and are less likely to survive to breed in turn. 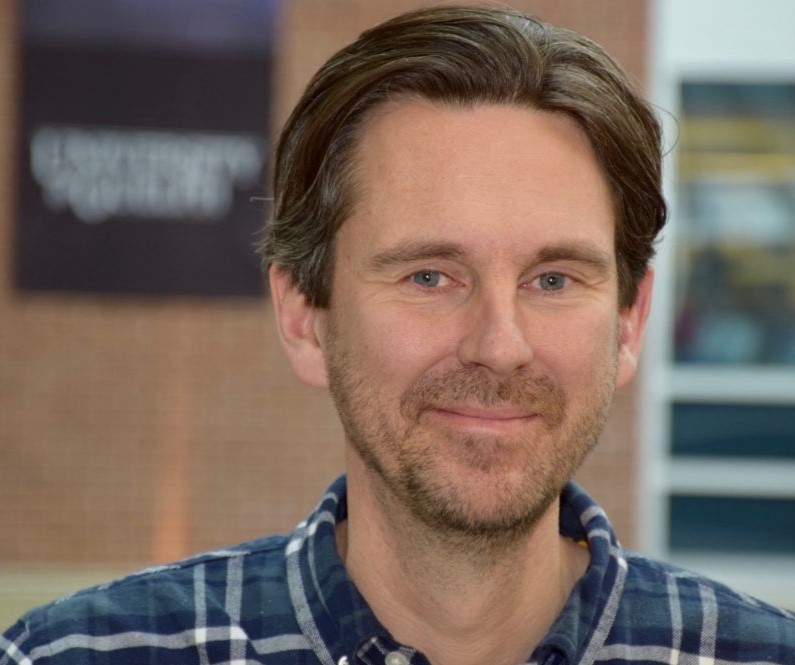 “Our previous study showed freeze-thaw influences on reproductive success, but we didn’t know whether that was driving the population to decline,” said Sutton.

Referring to the new paper, he added, “This is the first study to show how events in one period of the life cycle can influence success in another period, and how that influences growth or decline of a population.”

The researchers monitored nesting pairs and broods and used environmental data recorded in the park since 1977.

Canada jay numbers have fallen by about half in Algonquin Park over the past four decades. The population studied by the U of G researchers has declined to fewer than 20 individual birds from three times that number in the early 1980s.

“If we continue to see this warming pattern in the fall, no doubt we will not see Canada jays at this location anymore,” said Norris. 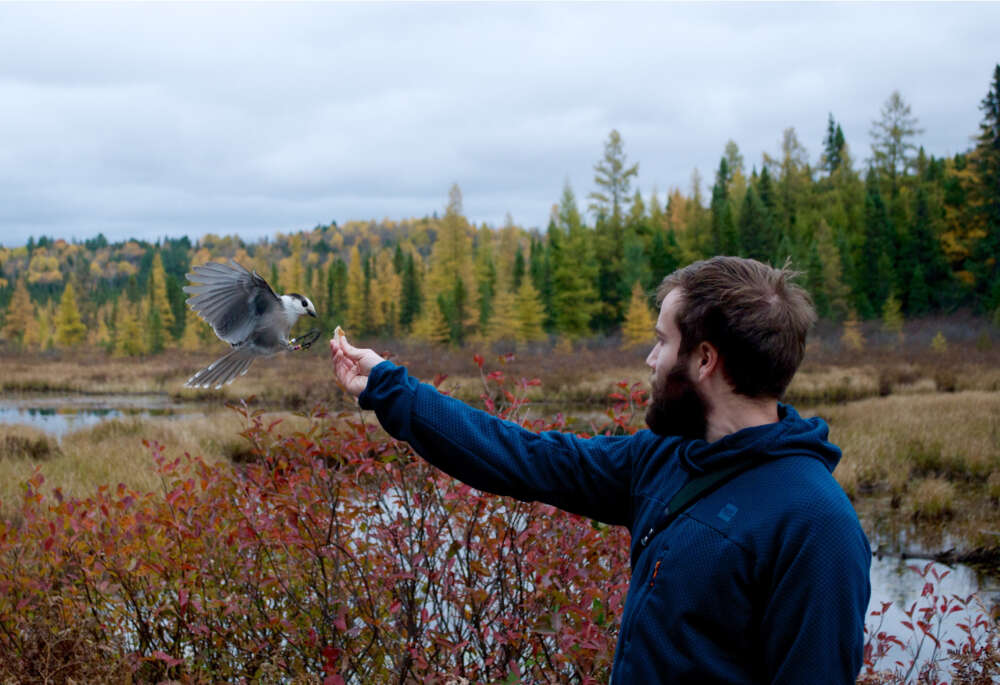 The birds often mate for life and can live up to 18 years.

He said general warming under climate change is pushing more birds farther north, including the boreal chickadee and spruce grouse. In the Canadian Rockies and in mountains elsewhere, a similar range shift is happening vertically, as various species move uphill ahead of warming temperatures below.

Norris said the study shows “how complex the reaction to a changing environment can be. There are not many examples that link changing climate to population decline in a way that we understand what’s happening.”

Norris and Strickland belong to a group that has lobbied for wider recognition of the Canada jay. They have co-written a chapter about the species for a book called The Canada Jay: A National Bird for Canada? to be published in 2021.

“Canada doesn’t have a national bird,” said Norris. Referring to the Canada jay, he added, “I can’t think of a better species to represent Canada and also to represent how climate change is influencing our wild populations and ecosystems at the same time.”