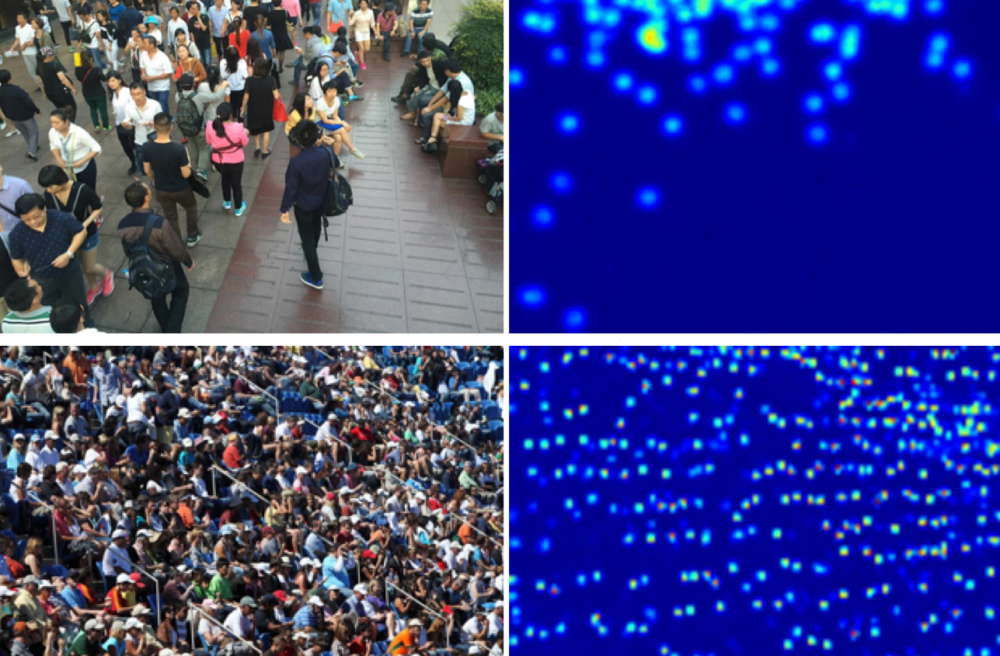 School of Computer Science professor Dr. Minglun Gong and graduate students Zihan Yang and Mingjie Wang recently developed an algorithm that not only counts the number of people in a surveillance image but also produces a real-time density map showing their gathering patterns.

“Traditional crowd counting technology does not solve the issues with social distancing because it only provides a count of the individuals in an area without knowing if they are clustered together or not,” said Gong. “Our new algorithm focuses on generating crowd density maps in physical space instead of in image space to see how people are spaced out in a given area.”

Gong’s novel tool, called a Single-column Scale-invariant Network (ScSiNet), can be used in areas where surveillance cameras are already installed – like campuses, shopping malls and parks – to monitor the gathering patterns of their visitors. 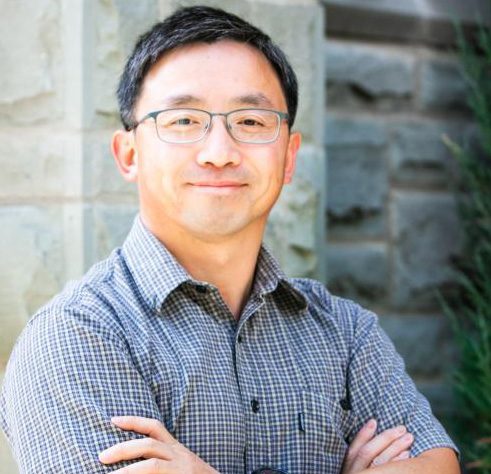 The density maps generated by ScSiNet show how people gather in a space and can be interpreted by those monitoring the surveillance footage.

“The crowd counting technology can identify the density in any given area, without identifying individuals to maintain privacy,” said Gong. “If the areas are crowded, we can look at interventions to break up the groups or enforce gate-controlled areas to prevent more people from entering the space.”

Gong says ScSciNet can accurately collect real-time data within milliseconds, eliminating the need for humans to continuously monitor surveillance footage. This can help enforce physical distancing measures by monitoring areas that are not constantly patrolled and alert enforcement if gatherings occur.

“Computers are technology that support decision-making, and our program can help inform humans who are making policies,” said Gong. “The algorithm can be used to identify potential issues that are hard for policy makers to predict – for example, seeing how students might enter or exit a classroom without having an administrator present in the room.”

Gong says the ScSiNet algorithm can be used in other industries including agriculture.

“We’re thinking of applying this project to precision agriculture since the University of Guelph is such a food-focused school. This could look at the number of fruits on a tree, for example, or the number of pests that are in a crop.”

Funding for this research was provided by the University of Guelph COVID-19 Research Development and Catalyst Fund and the College of Engineering and Physical Sciences.