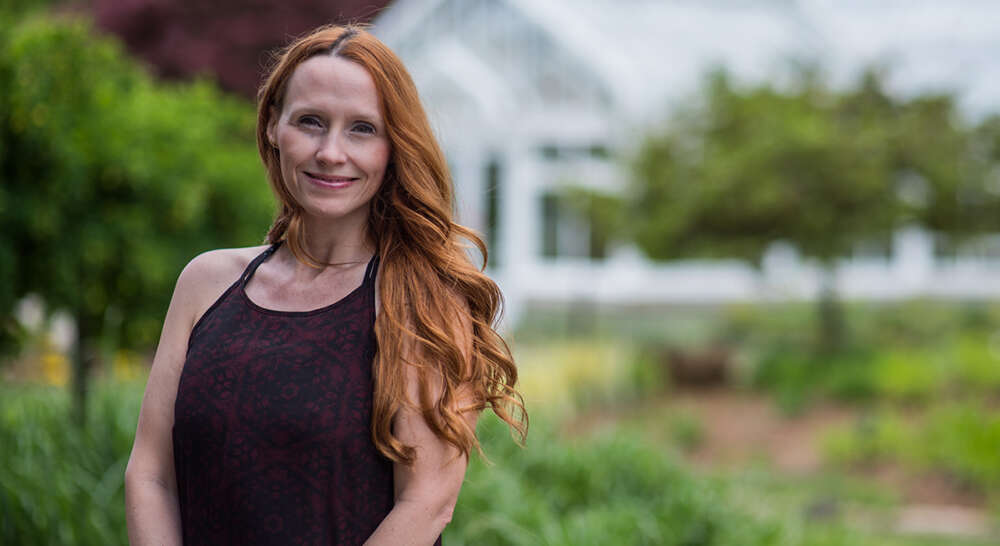 To improve treatments for the most serious mental illnesses, researchers need to better understand how they affect not just men but also women, says a University of Guelph researcher.

Dr. Melissa Perreault, a professor in the Department of Biomedical Sciences, studies brain changes in neuropsychiatric disorders such as schizophrenia and major depression. She looks at sex differences in the pathology of psychiatric disorders, including identifying sex-specific biomarkers in the brain that could help assess how well treatments work.

Perreault, who was recently named to the Royal Society of Canada College of New Scholars, Artists and Scientists, said female subjects were historically excluded from research or the sex of study subjects was not disclosed. That has begun to change in Canada since the federal government’s key research funding agencies, particularly the Canadian Institutes of Health Research and the Social Sciences and Humanities Research Council of Canada, began to require that sex- and gender-based analysis be included in research proposals.

While many researchers now include more females in their research, “they often stop there,” said Perreault.

“Unfortunately, what many fail to do is look at sex as an independent variable, so they can tease out whether sex makes a difference,” she said. “So there is still much to learn regarding the proper incorporation of sex and gender in research and how to appropriately analyze how the sexes differ from one another.”

For example, major depressive disorder occurs twice as often in women as in men, but female animals are rarely included in the many models used to study the disorder.

This is a key omission, she says, as men and women are known to respond differently to both stress — a key contributor to depression — and antidepressant treatments.

Her team recently uncovered a key brain receptor that, when activated, induces depression-like behaviour only in female animals.

“We are hoping to pursue this further to understand mechanistically what makes females more susceptible to developing depression,” she said. “So we are very excited about this research.”

For many years, women were excluded from depression studies because researchers worried that their monthly hormone cycle would make data more variable, for instance.

“This is simply not always true, as there are studies showing that the variability of many biological data sets derived from males or unstaged females are not different.

“People have this idea that every time a sex difference is evident, it must be female hormones,” she said, pointing out that men have hormones, too.

“Women are more likely to suffer depression during key life stages that involve intense hormonal fluctuations such as puberty, postpartum and perimenopause. But that doesn’t explain why women who are not in those stages still experience enhanced depression vulnerability compared to men.

“I would never say hormones don’t play a role, but I do believe that there is way more to the story, with other key mechanisms besides hormones that are important to female depression vulnerability.”

Because she looks at fundamental neurobiological mechanisms that underlie mental disorders, using animal models is integral to her work. But Perreault has found that traditional reluctance to use female subjects may have biased some important research.

Her team recently assessed sex differences in an animal model that has been widely used to study schizophrenia. They found “all kinds” of biological differences between males and females that were raised together as litter mates, she said.

“Even their behaviours were different, their learning and memory deficits distinct. So this raises questions about how to interpret the findings of large amounts of preclinical neuropsychiatric research that have used only males, research that would have drawn blanket conclusions that may be relevant only to one sex.“

She worries that results of studies using only male models may affect the efficacy of therapies developed for women with these conditions.

“What I’m hoping is that more researchers will realize that within their animal models, sex differences are important,” she said. “If we want to understand what mechanisms underlie a disorder, we need to look at both sexes because the mechanisms might not be the same. And if we can determine how the mechanisms are different, we can then work towards personalizing therapies.”