Single middle-aged Canadians are not practising safe sex, and commitment – not condom use – drives sexual pleasure among university students.

Those are the findings of two new national studies published today by a University of Guelph professor and well-known sex researcher. Both studies are based on first-ever national sexual health surveys.

When it comes to getting frisky, it’s single middle-aged Canadians who are being risky.

A new University of Guelph study has revealed that a majority of single sexually active 40- to 59-year-olds are not practising safe sex. 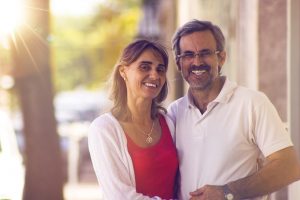 Results showed that 65 per cent of men – single, divorced, separated or widowed – and 72 per cent of women did not use a condom the last time they had sex.

Published today in The Canadian Journal of Human Sexuality, the findings are part of the first-ever national sexual health survey of the sex lives of Canadians between the ages of 40 and 59.

“With every passing year of our sex lives, we become less likely to use condoms because there is less motivation,” said Prof. Robin Milhausen, sex expert and lead researcher on the study.

For younger people fresh out of high school sex education classes, pregnancy and the risks of sexually transmitted infections (STIs) are at the forefront of their minds, which may lead them to protect themselves with condoms, said Milhausen.

“But for women in their 40s and 50s, who are approaching or have reached menopause, pregnancy may no longer be a concern, and our survey found both women and men in this age group aren’t too worried about STIs either.”

The study was conducted in partnership with the Sex Information and Education Council of Canada and the reproductive and sexual health division of Church and Dwight Canada, makers of Trojan condoms. Researchers surveyed 2,400 participants about their sexual health, happiness and pleasure as well as sexual behaviours and attitudes.

The study found 58 per cent of single respondents were not very or not at all concerned about contracting an STI.

“Many single sexually active adult Canadians underestimate their risk of STIs in part because they’re not aware of how common they are and because they don’t know that most STI cases have no symptoms so you can’t always tell if you or your partner has an infection,” said the professor in the Department of Family Relations and Applied Nutrition. “This is worrisome because we are seeing a significant rise in the STI rate in this age group. For sexually active single people of any age, condom use is the most effective way of reducing STIs.”

According to Milhausen, divorced men and women may face unique obstacles when it comes to safer sex.

“Often people in their 40s and 50s were married for years and are new to the dating scene. Some of them may struggle with how to bring up the topic of condoms and negotiate using a condom with their partner.”

The study revealed that the more sexual partners, the more likely both sexes were to use a condom.

“Individuals in committed relationships are typically the least likely to use a condom,” said Milhausen. “They feel because they are in a relationship characterized by love and trust that they aren’t at risk for STIs, which is a fallacy.”

This finding emphasizes the need to raise awareness about safe sex, she added.

“Ultimately, this survey has revealed that single people in their 40s and 50s are sexually active. We need to normalize it and normalize condoms as part of the sexual experience.”

Sexual Pleasure Linked to Commitment, Not Condom Use

You can no longer blame condoms for hindering your sexual pleasure, according to a new University of Guelph study.

Although many people assume condoms decrease sexual pleasure, Prof. Robin Milhausen found it may be the level of commitment with your partner that determines your perception of how good the sex is.

The study revealed that, nine times out of 10, sex using a condom was just as pleasurable as sex without one. 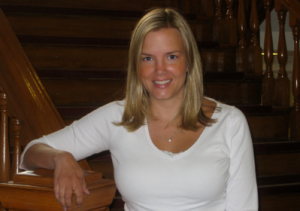 “People have a lot of negative misconceptions about condoms, especially about their impact on sexual pleasure,” said the U of G professor, who is a sex expert and the study’s lead researcher. “In this study, we asked participants a variety of questions about the last time they had sex and as a result were able to tease out one factor that had an important impact on pleasure. It was level of relationship commitment, not condom use.”

Published today in The Journal of Sex Research, this study is part of a first-ever national survey of 1,500 Canadian university students. The study aimed to gain insight into the sexual health-related experiences, knowledge and behaviours of young adult Canadians, and to determine priorities for better sexual health education.

Conducted along with the Sex Information and Education Council of Canada, and Church and Dwight Canada, makers of Trojan condoms, the survey focused on participants’ most recent sexual experience.

Previous research has found that people often reject condoms because of the perception that they reduce pleasure and physical sensation.

Other studies have asked participants to comment on how much condom use affects sexual pleasure. In the Guelph study, respondents were asked to rate how pleasurable their last sexual experience was, and were then asked separately whether a condom was used.

“This provides a more direct and likely more accurate assessment of the degree to which condom use affects pleasure because it avoids tapping into participants’ biases about condoms,” said Milhausen, a professor in the Department of Family Relations and Applied Nutrition.

Participants were also asked about their level of commitment with their most recent sexual partner from “booty call” to married.

Half of the students surveyed used condoms the last time they had sex, and condom use decreased the more serious the relationship.

As relationships became more committed, the sex was rated by participants as more pleasurable.

“On the surface it might appear as though the increase in pleasure is associated with decreased condom use,” said Milhausen. “But when you look at the type of relationship and compare pleasure during condom-protected and unprotected sex, differences in pleasure all but disappeared.”

The study suggests that comfort and commitment may lead to better sex rather than whether or not a condom was used, she added.

“The sex likely becomes more pleasurable because you feel more comfortable communicating what you like and don’t like with your partner.”

Condom or no condom, results showed no difference in pleasure for all relationship commitment levels for either men or women – with one exception.

Ultimately, there is a need for improved sexual health education to address misconceptions about condoms, she said.

“We need to change the reputation of condoms from something associated with lack of commitment, risk and danger to something you use to protect the person you care about.”