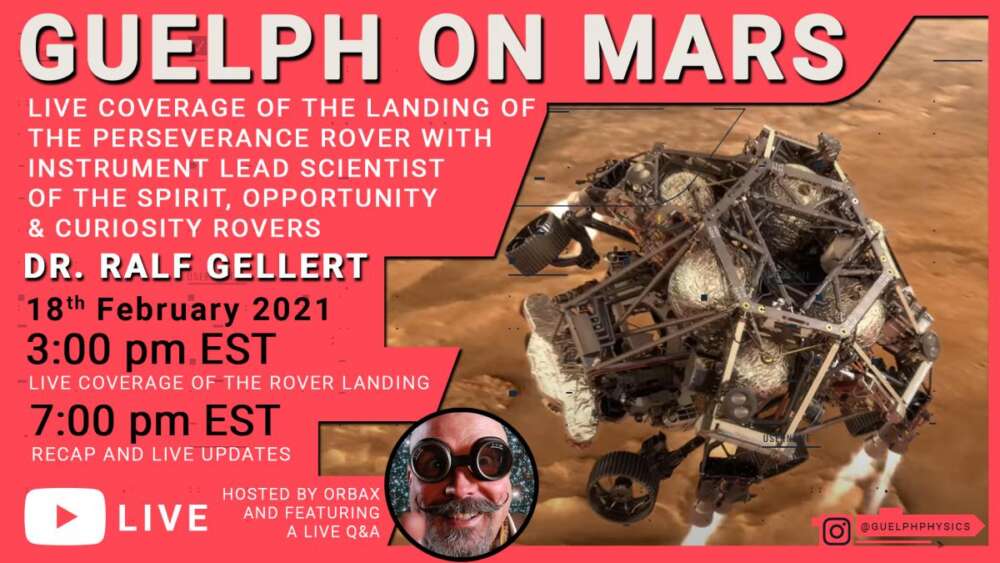 The University of Guelph’s Department of Physics will host a livestream of the Mars rover landing on Thursday, Feb. 18, featuring faculty member Dr. Ralf Gellert, who was the instrument lead scientist on the Spirit, Opportunity and Curiosity Mars rovers.

Physics education production specialist and sessional lecturer Orbax will host the event as Gellert takes part in a live Q&A to answer questions about the mission as well as previous Martian missions, space exploration, space science and U of G’s role in Mars missions.

Because the first images from the rover won’t reach Earth for several hours, a second YouTube livestream will begin at 7 p.m. ET with a recap of the landing and live updates.