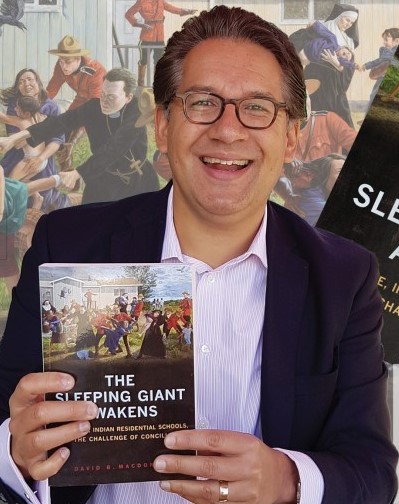 With the federal government announcing the designation of two former residential schools as national historic sites, the University of Guelph has an expert who can offer comment.

MacDonald has also studied the Sixties Scoop and the ongoing placement of Indigenous children into foster care.

He also recently spoke about the toppling of statues of John A. Macdonald, Canada’s first prime minister, who many now consider one of the architects of the residential school system and who enacted policies to drive Indigenous peoples onto reserves.

“The reactions against his statues are not so much about trying to eliminate the memory of Macdonald but to react against the glorification of the first prime minister and to, in some ways, even ask for a more balanced history,” he told CBC Calgary.

“It’s not really, I guess, cancelling Macdonald as much as asking for a reasoned discussion that puts him within the context of his time and talks about the kinds of crimes that he did.”

MacDonald is available for interviews.