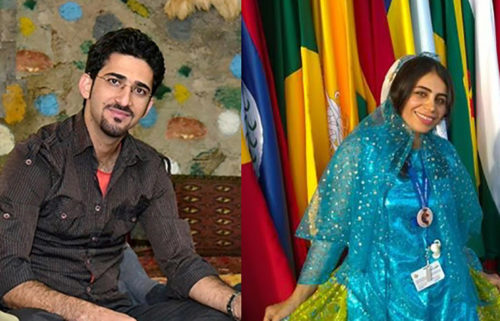 The University of Guelph is creating scholarships to honour two students who died aboard Ukraine International Airlines Flight 752.

The graduate scholarships will be named for Ghanimat Azhdari and Milad Ghasemi Ariani, who were among the 176 passengers aboard the flight that crashed Jan. 8 near Tehran. Both students were returning to Canada after visiting family in Iran.

“Both Ghanimat and Milad were enthusiastic and dedicated scholars, committed to improving life in their country, in Canada and around the world,” said U of G president Franco Vaccarino.

“I can think of no better way to honour their lives, their research contribution and their zest for learning and for life than creating scholarships that will give other international students an opportunity to pursue their dreams of furthering their education beyond borders.”

A PhD student in the Department of Geography, Environment and Geomatics, Azhdari studied biocultural conservation and was a well-respected teaching assistant. She was a member of the ICCA Consortium, an international association of Indigenous peoples and local communities conserving territories and areas.

For his PhD, Ariani studied consumer behaviour in the Department of Marketing and Consumer Studies. Known as a motivated student, he took on outside research and projects to enhance his learning and was committed to helping other students succeed.

“While both students were at U of G for a short time, they made connections and left impressions that will last a lifetime and will now be continued through these scholarships,” Vaccarino said.

Fundraising initiatives will be established through the Gordon S. Lang School of Business and Economics and the College of Social and Applied Human Sciences (CSAHS). The University will match donations for both scholarships up to a total of $100,000. Donations may be made to the memorial scholarships online.

The Ontario government also announced the creation of new scholarships to honour the plane crash victims. At least 46 of the people aboard the flight were students, researchers or faculty members from 19 Canadian universities. The provincial scholarships are expected to be in place by the 2021-2022 academic year; U of G will receive two of those awards.