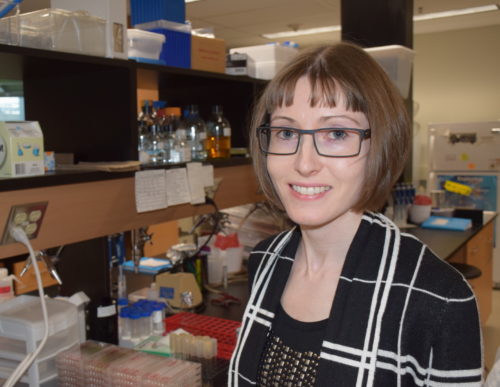 Melanie Wills, director of the G. Magnotta Lyme Disease Research Lab at U of G

Wills spoke to The Globe and Mail about Lyme disease, noting that one of the problems with diagnostic tests for the disease is that they measure the body’s response to the pathogen — not the presence of the pathogen itself. The tests are thus unable to detect an infection immediately, she said.

Bieber recently revealed that his health has been affected by the disease for about two years. Wills said recovery is much less complicated when the infection is detected and treated early, before it spreads.

Wills also spoke to The Canadian Press for an article that appeared in several publications, including CP24 and the Winnipeg Free Press.

She said though Lyme awareness has grown, there is a still a perception that it is hard to contract or easy to cure. She said while many don’t think they are at risk, when celebrities come forward to say they have been infected, it’s a reminder that everyone needs to stay vigilant.