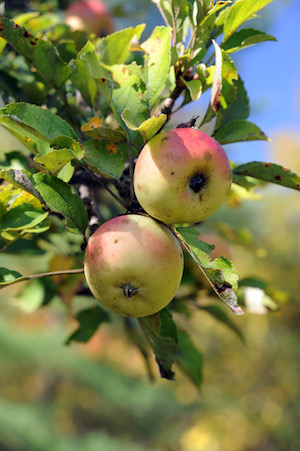 Feral apples grow throughout Ontario and have genetic connections to century-old apple varieties.

The DNA of century-old apples once grown in Ontario lives on in feral apples now found throughout the province, University of Guelph researchers have discovered.

The finding has implications for the hard apple cider industry, which has recently become enamoured of wild apples and their uniquely rich taste that U of G researchers say may be influenced by ancestral characteristics.

“A relatively small number of varieties that were grown in Ontario more than 100 years ago, some of which are no longer grown commercially, are showing up as likely parents of these feral apples,” said Brian Husband, an integrative biology professor who worked on the study with graduate student and primary author Dane Cronin and research associate Paul Kron.

Published in the journal Molecular Ecology, the study entailed trekking through fields and forests across Ontario in search of feral trees for DNA samples.

The researchers used DNA genotyping, a form of barcoding, to evaluate an array of apple genes acquired from apple DNA banks in Canada, the U.S. and Europe, creating a library of genetic identifiers for known varieties grown in Ontario. Apples were first grown commercially in Ontario in the late 1700s.

Using the samples, the researchers examined the genetic similarities between known varieties and feral trees, particularly those near traditional apple-growing regions. 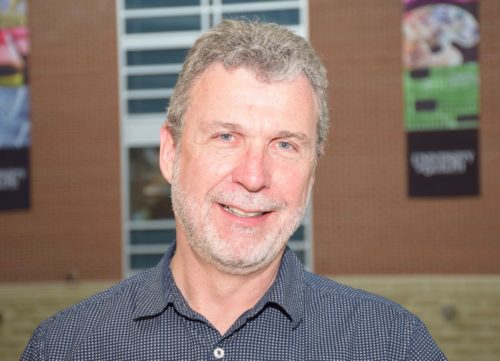 “The most surprising aspect of this research was how prevalent heritage apple cultivars are in the genetic lineages of feral apple tree populations,” said Cronin. “This could suggest these feral trees have an origin that dates back a century or more, or that heritage cultivars are present in abandoned orchards and are still contributing to the gene pool.”

Apple trees – and the fruit and seeds that grow on them – are produced only through mating of two genetically different varieties. That means feral apples are combinations of past varieties. Two distinct feral trees can also mate with each other, as can a feral tree with a commercial variety.

Feral apples were long suspected to be hybrids between commercially grown species and a native crabapple tree, but this study found that not to be the case. 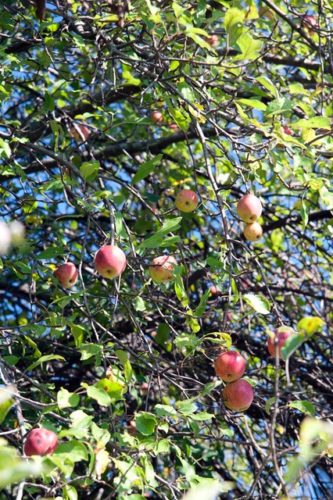 Makers of hard cider are increasingly interested in wild apples.

After comparing the genes of 578 naturalized feral trees to those of 156 non-feral varieties, as well as some ornamental species, the researchers discovered feral varieties originate strictly from commercially grown species. The study revealed parents of many feral apple trees comprise nine heritage cultivars — all varieties grown before 1900 — that accounted for 72 per cent of the identified parental lineages in the analysis.

“The origin of feral trees wasn’t so much the commercial apples fertilizing native crabapple, but rather these escaped apples that were now out there and growing wild,” said Husband. “The legacy of these old cultivars, some of which are no longer in production, reside in the mixed genomes of these wild apples.”

This finding provides insight into why feral apples have the strong taste that hard cider producers are after.

Over the last century or more, the Canadian apple industry has focused on the fresh market and eating apples, which are not ideal for cider, said Husband.

“Few suitable cider varieties are currently available in Ontario, so cider producers have begun looking at feral apples because they have the right taste.”

Cronin said the characteristics of feral populations may resemble varieties of apples that were grown hundreds of years ago by Ontario cider makers.

“The interesting flavours and aromas found in feral apple fruit might appeal to the Ontario apple industry in creating unique cider beverages,” he said. “There is a vast trove of untapped genetic potential in the natural landscape of southern Ontario that could be used to enhance or diversify the commercial cider industry.”

Some cider producers have begun mapping and evaluating unique apple strains found growing in abandoned orchards, hedgerows and historical properties, looking for those that are suitable for making hard cider, Husband added.