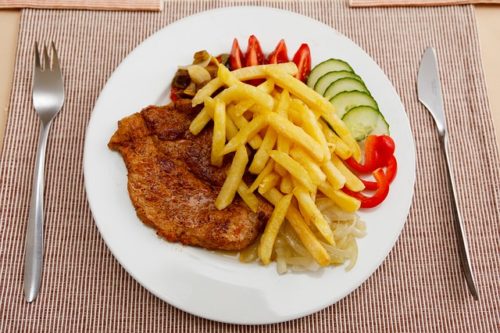 Eat less meat and more plant protein, says Canada’s new food guide. Now, a newly funded University of Guelph study of “plant-based meat” will aim to give meat lovers the textures they savour in beef, chicken or fish while retaining the human and environmental health benefits associated with eating plants.

Supported by an inaugural international research award worth $330,000 over two years, U of G engineers and food scientists plan to develop prototypes for plant-based meat, a growing market expected to reach about US$1 billion in retail sales in the United States this year.

The project led by Prof. Mario Martinez, School of Engineering, was one of eight international plant-based meat initiatives chosen late last year for funding by the Good Food Institute (GFI), a non-profit organization based in Washington, D.C.

More consumers conscious of health concerns and environmental sustainability are turning to plant proteins from cereals to pulses. But global meat demand is expected to continue to rise, particularly in developing countries, along with attendant environmental problems and use of land and resources for meat production.

“Environmental sustainability is the main reason to conduct this research,” said Martinez, explaining that it takes about six kilograms of plant protein to make one kilogram of meat protein.

Despite growing interest in plant-based alternatives, he said, many consumers still prefer the texture, taste and appearance of traditional meat products. “We want to develop plant-based whole muscle tissue that resembles a steak.” 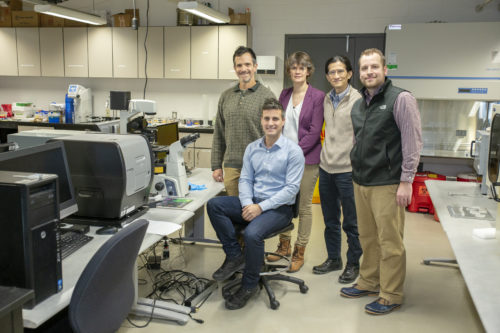 The U of G researchers will experiment with plant proteins and carbohydrates to simulate fibrous meat texture and “mouth feel.” That’s a complicated process that will bring together Martinez’s expertise in pilot scale extrusion equipment with the work of food science professors Alejandro Marangoni, Iris Joye, Loong-Tak Lim and Benjamin Bohrer.

Martinez hopes to provide prototype technology for industry use in developing plant-based meats.

Erin Rees Clayton, scientific foundations liaison with GFI, said: “This research addresses one of the main technical challenges with producing plant-based meats, and that is trying to produce the right texture. This will help industry better understand how to create these textures.”

Current products available from American companies include Beyond Meat, a brand of plant-based chicken strips, and Impossible Foods, a plant-based burger.

GFI’s inaugural funding call last year invited proposals for both plant-based meats and meat grown in the lab from cells into tissue. In both cases, the goal is to produce animal meat without the animal.

The project’s long-term goal is “to make the University of Guelph the place for startup companies to come for discovery and innovation” in an emerging market that will likely complement traditional livestock production, said Bohrer.