This article was originally published on The Conversation and picked up by the National Post. 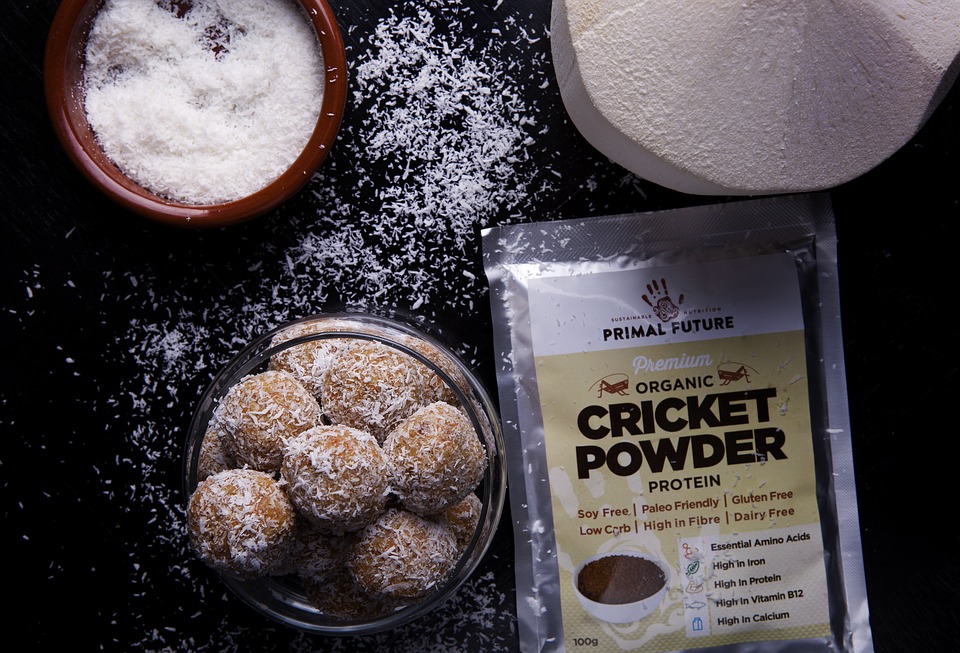 Biologically speaking, humans are omnivores and we like to eat a variety of things. There is increasing interest in all sorts of alternative sources of protein as we diversify our diets. This trend is accelerating in 2018.

According to Nielsen, the consumer analytics company, the proportion of Canadians identifying as vegetarian and vegan is still relatively small (six per cent and two per cent, respectively), but 43 per cent of Canadians say they’re planning to get more plant-based proteins into their diets. That’s higher than in the United States and the global average.

This is coupled with an 18-per-cent reduction in beef consumption and an 11-per-cent decrease in pork consumption over the past decade, according to the Nielsen data.

We are being offered more variety in response to these trends. It’s a phenomenon driven by a wide range of concerns over our health, the environment, animal welfare — and simply an increasing desire for variety. It’s clear that consumers are reducing meat consumption (flexitarianism) or, to a smaller degree, not eating meat at all (vegetarianism, veganism, lacto-ovo vegetarianism and pescatarianism).

While the science continues to be unclear about the health impacts of meat consumption, it is clear that there’s a move toward eating less meat. The new, not-yet-finalized Canada Food Guide recommends moving to a more plant-based diet. But if people reduce their intake of meat, they will need to find protein elsewhere.

A common criticism of meat is that livestock production is environmentally unsustainable. In addition to the resources required to produce meat, there is also concern about the emissions from farm animals, particularly cows.


While the absolute impact depends on the livestock type — beef is considered more problematic than chicken due to both emissions and the amount of grain required per kilogram of meat produced — and the specific production system, concern over environmental impact will continue to motivate some to cut back on meat consumption.

Furthermore, some consumers think that raising animals for human consumption is unethical, and are choosing to stop eating meat altogether.

Even without concern for the other factors, there is also a trend to increased variety and choice. Baby boomers, in particular, have more time and are experimenting more with food.

Restaurants are working hard to offer more choice — profitably — as meat prices increase. They also are seeing the early trend of reduced meat consumption and anticipating an opportunity. A demand for alternative proteins exists in grocery stores as well.

Plant-based proteins are the primary alternative. These are most often soy protein or pulses. Pulses are the dried seeds of legumes and the most common edible ones are dried peas, dried beans, chickpeas and lentils.

These products are appealing as they are high in protein and fibre but low in fat. While that makes for a healthier product, it does make them less desirable for some consumers.

In efforts to replicate the meat experience, several companies are developing plant-based meat analogues. They are building “burgers” that mimic the colour, texture, juiciness and taste of a beef burger. The Impossible Burger is one that’s received a lot of attention. Several of these products are on restaurant menus and grocery store shelves in the United States and Canada already.

Companies are also developing the technology to culture meat, a process in which meat protein is grown in a laboratory without a live animal.

This technology exists today and costs are still high, but developers are optimistic that cost reductions will continue. Another drawback of the current technology is that it produces a ground beef analogue rather than the long muscle fibres that comprise premium cuts of beef.

Insect protein is another area with the potential for dramatic growth. The “ick” factor has constrained development in North America, but there are parts of the world where insects represent a significant protein source. 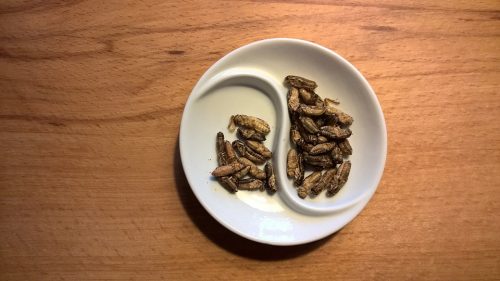 The development of products such as insect “flour,” where the source is not recognizable, may make insect protein more appealing. President’s Choice just launched a cricket powder as part of its product line. Insect protein is clearly entering the mainstream.Insects have appeal because they grow quickly and efficiently. Also, food that would otherwise be wasted can be used to raise insects.

Read more:
Jiminy Cricket! Why bugs may soon be on the menu


The long-term trend to lower per-capita meat consumption will continue.

There’s no doubt there will be greater interest in insects, plant-based protein and cultured meat. Expect to see new products and approaches in the year to come and beyond.