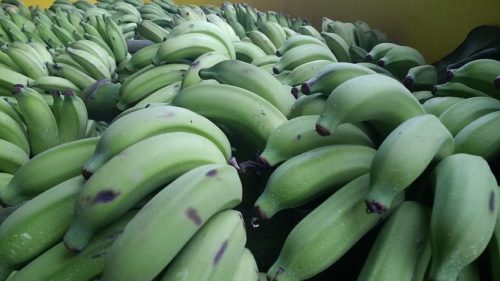 Adding a small amount of banana flour to your baked goods could decrease the risk of conditions like diabetes and obesity, a University of Guelph researcher has discovered.

Engineering professor Mario Martinez is the first to show flour made from green bananas may inhibit excess absorption of glucose into the body.

He found replacing just 10 per cent of wheat flour in cakes with the green banana flour developed in his lab was twice as effective at preventing glucose absorption as cakes solely made with wheat flour.

“We were hopeful, but we weren’t expecting the flour to work this well,” Martinez said. “Not only that but the cakes themselves were high-quality and very rich, which is important. A food may be healthy but if it’s not appealing, then it will be a failure in the marketplace.”

Published recently in the journal Food & Function from the Royal Society of Chemistry, the study used green bananas because they are known to be high in certain phenolics, a large class of compounds that are important in metabolism. Specific types of phenolics help regulate glucose absorption in the body by inhibiting the trans-epithelial glucose transporters located in the small intestine, and decrease the risk of syndromes like hyperglycemia, hypertension, cardiovascular disease and Type 2 diabetes.

Not only are green bananas high in phenolics, but they are also a major contributor to global food waste. In parts of the world where bananas are harvested, a large proportion are wasted because they don’t meet cosmetic standards. In Canada, it is estimated that more than half a million bananas are wasted every day because of over ripening.

Using cutting-edge processing equipment, the researchers subjected their banana flours to a high-shear twin screw extrusion process, which was reported in the study to improve the baking stability and bioaccesibility of certain phenolic acids and flavonols, a class of phenolic compounds. The phenolic-rich flour was then added to a wheat cake recipe, replacing 10 per cent of the wheat flour with banana flour. 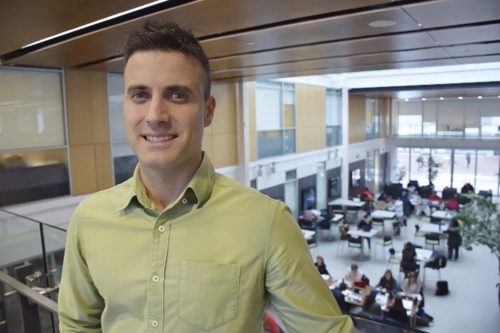 “The first finding was that some of the targeted compounds were more stable to baking when banana flours were extruded, as opposed to those with just regular banana flour,” Martinez said.

The researchers found that the phenolic compounds greatly withstood the heat of baking.

They also tested the cakes with an in vitro “digestive system,” said Martinez.

“We observed a twofold increase in the inhibition rate of trans-epithelial glucose transport when these flours were added at only a 10-per-cent rate into a real cake. It means that much of the glucose won’t be absorbed.”

During planned clinical trials with his collaborators, Prof. Martinez intends to test the effectiveness of the phenolic-potent banana flour in the body.

In early 2018, Martinez received more than $575,000 from Walmart Foundation to develop a method for turning food waste into value-added supplements that could be incorporated into foods. The banana flour study is one result.

“This study is an example of finding practical applications for wasted edible plant tissue and optimizing plant-based ingredients for improved health,” he said. “The main purpose of this research is to find a win-win situation for the consumers and banana producers by preventing the risk of people suffering disease related to excessive glucose absorption and adding value to a food material that is disposed of improperly.”