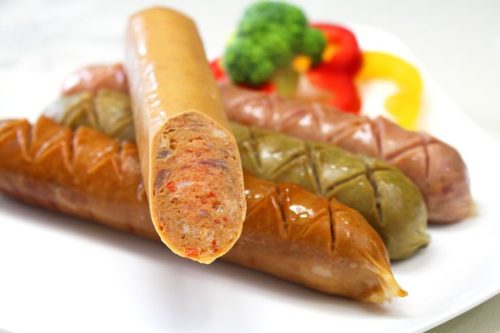 Sausage mislabelling in Canada is down, according to a new University of Guelph DNA barcoding study.

Researchers found mislabelling and cross-species contamination of meat ingredients in 14 per cent of sausage samples selected from grocery stores across the country. That’s down from a first-ever study conducted by the same researchers over a year ago that revealed a 20-per-cent mislabelling rate.

“We have reassessed the rates of mislabelling and found lower levels,” said Prof. Robert Hanner, lead author of the study. “The Canadian Food Inspection Agency (CFIA) took follow-up action after our initial study, and it appears that it had an impact.”

Published in the journal Food Research International, the study involved sausage packages labelled as containing only one type of meat.

The researchers used DNA barcoding along with digital PCR technology to determine which meats were in the sausage samples.

“There is DNA in nearly every cell of every organism, so barcoding can be applied to products such as ground meats that would be difficult to identify with other means,” said Hanner, integrative biology professor in U of G’s Biodiversity Institute of Ontario. “In this study, barcoding was used to identify the dominant meat type in the sausage samples.”

Researchers tested sausages labelled as beef, chicken, pork or turkey. They also tested the samples for sheep, goat and horse.

Unlike the previous study that uncovered horsemeat in one pork sausage sample, researchers found no horsemeat this time.

“We decided to also include sheep and goat in this most recent study because although they may not be consumed in the same quantities as beef, chicken, pork and turkey, they are commercially raised meats that are commonly present in our food supply chain,” said Hanner. 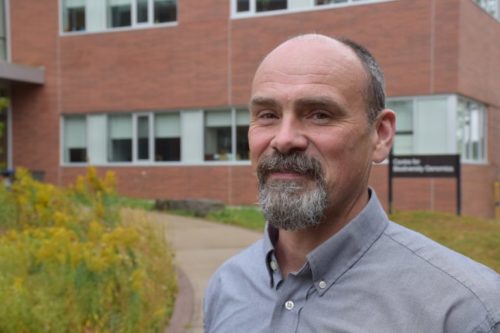 Products were considered contaminated when more than one per cent of another meat was detected. This ruled out trace amounts that might have resulted from incomplete cleaning of processing equipment.

Sausages labelled as single-meat but containing more than one meat type contravene food labelling regulations. Consumers may buy these products because of health issues, such as allergies, or lifestyle choices, such as avoiding pork, said Hanner.

“In certain cases, it may be of concern when there is a recall on a specific type of meat, but it is not indicated on the label.”

He said it is difficult to determine whether cross-species contamination was economically motivated.

“We don’t know the exact cuts of meat that were found in the samples, so we can’t determine if the contaminant meat was purposely substituted because it was a cheaper meat.”

The next step would be to test throughout the supply chain to determine where mislabelling and cross-species contamination happens.

“We are looking at it from the retail market and finding that there are issues,” said Hanner. “But in order to get a full understanding, we need to look at it from multiple points within the food chain.”