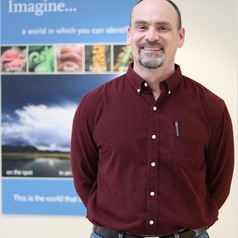 A first-ever Canadian study on sausage mislabelling by University of Guelph researchers is making  headlines today.

A research team headed by U of G Prof. Robert Hanner found mislabelling and cross-species contamination of meat ingredients in 20 per cent of  sausage samples.

Canadian Press reporter Liam Casey wrote about the discovery, and his article was picked up news outlets including the Globe and Mail, Toronto Star, National Post, the Associated Press in the United States, CBC, CityTV and CTV.

The researchers used DNA barcoding and digital PCR technology to determine which meats were in the sausage samples. The majority of the mislabelling occurred with sausage meat containing another type of meat besides what was labelled.

Hanner is a professor in the Department of Integrative Biology and at the U of G-based Biodiversity Institute of Ontario, and serves as associate director of the Canadian Barcode of Life Network.

The study was funded by the Canadian Food Inspection Agency and published this week in Food Control.