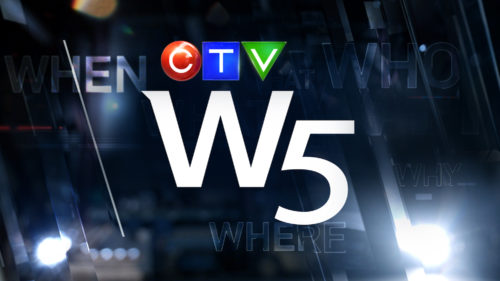 Leading-edge cancer research and treatment under way at the University of Guelph and the Ontario Veterinary College (OVC) was highlighted in Saturday’s episode of CTV‘s W5. The segment is also available on YouTube.

Program host Kevin Newman introduced the segment Medicine Unleashed by saying veterinarians increasingly play a key role in the search for a cancer cure. An experimental treatment for osteosarcoma in dogs, currently in the trial stage at OVC, could hold real promise for treating the disease in humans, Newman said.

Medicine Unleashed tells the story of a 9-year-old Goldendoodle named Max and the vaccine-based treatment the dog is undergoing under the watchful eye of OVC Prof. Paul Woods at U of G’s Mona Campbell Centre for Animal Cancer. The experimental treatment uses the listeria bacterium to kick-start the dog’s immune system into fighting the cancer

Although the treatment has not been widely tested on dogs or humans, it shows promise in preventing osteosarcoma or delaying its return after treatment, Woods told investigative reporter Sandie Rinaldo. If there is a positive response in dogs, the therapy could help other dogs and children with osteosarcoma, he added.

Woods, a professor of internal medicine and oncology at OVC, studies cancers that naturally occur in animals. By comparing the disease in animals and humans, he hopes to identify treatments for human cancer.

Osteosarcoma is the leading cause of death in Goldendoodles over age two, and the prognosis after treatment – usually a combination of amputation and chemotherapy – is not favourable, an expert on the W5 episode said. A lifetime study of Golden Retrievers is under way in Colorado to understand why the disease is so prevalent in the breed.

Max underwent amputation and chemotherapy in an effort to prolong his life. His family was eager to participate in the OVC trial to help their beloved pet, other dogs and people with osteosarcoma.

Woods’ research has been making headlines for some time. Read more about his lymphoma study here and coverage of his work on CBC’s The National here.