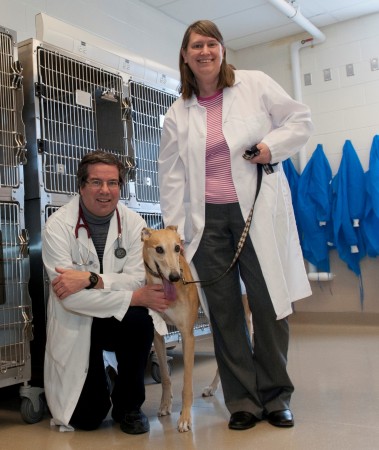 University of Guelph researchers are finding that dogs provide a good model for human lymphoma studies.

“The kinds of lymphomas that dogs are particularly prone to tend to be similar to the kind humans get,” says biomedical sciences professor Brenda Coomber, co-director of U of G’s Institute for Comparative Cancer Investigation (ICCI). “In many cases, the same changes in DNA seem to be present.

“With lymphoma, the case can be made quite well because it is very similar to the human disease.” From symptoms to therapies, she says, “There’s a lot of match there.”

September is Blood Cancer Awareness Month and Sept. 15 was World Lymphoma Awareness Day, intended to highlight a complex disease with more than 60 variations, including the three main types of Hodgkin’s, non-Hodgkin’s and chronic lymphocytic leukemia. Lymphoma is a cancer of the lymphocytes, a type of white blood cell that is part of the immune system. According to Lymphoma Canada, more than 11,400 Canadians will be newly diagnosed in 2016 (31 per day) and there are more than 3,500 deaths each year from the disease.

U of G researchers hope their work with dogs will ultimately benefit humans diagnosed with the cancer.

Coomber has studied cancer for almost 30 years, including lymphoma for the past four, collaborating with clinical studies professor Paul Woods and pathobiology professor Dorothee Bienzle. She says identifying patients sooner who respond well to treatment could improve outcomes, while saving time and effort and minimizing side effects.

In one lymphoma study in dogs, she works with RNA Diagnostics, a company developing a predictive biomarker test to assess a patient’s response to chemotherapy. In another study, she is comparing dogs that went into remission before their cancer returned with dogs whose cancer never went into remission. For this research, she is using the same predictive biomarker test as well as investigating gene expression and DNA changes in tumours.

In the Department of Pathobiology, Prof. Byram Bridle is working on developing an oncolytic vaccine to treat lymphoma.

His work combines immunotherapy (directing a patient’s own immune system against the cancer cells) with oncolytic viral therapy (using a safe virus that replicates in and kills cancer cells).

Besides prompting a patient to mount a strong immune response against the tumour, the oncolytic virus should be able to directly infect and kill lymphoma cells, providing a multi-pronged attack against the cancer, says Bridle.

He hopes to develop better and safer cancer therapies.

“As a researcher, there is little that I can do to help current cancer patients; any successes that my research team has in the laboratory will take years to translate into a direct benefit for patients, and this requires a lot of patience,” he says.

Working with the Canadian Oncolytic Virus Consortium and the BioCanRx National Centres of Excellence, he hopes to translate animal findings into human clinical trials. 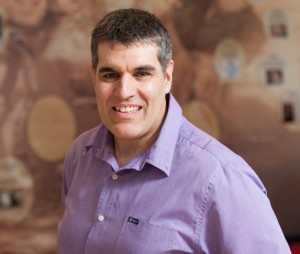 “Like most people, I have been personally affected by cancers,” he says. “I had to watch my beloved six-foot-tall, 210-pound grandfather shrink within six months to 105 pounds at the time of his death due to cancer.

“I have also witnessed my young niece as well as another young girl have their lives and those of their families turned upside down within 24 hours of a cancer diagnosis. Ultimately, they had to endure hundreds of procedures spanning several years, including many weeks spent in critical care and missing entire school years.”

Established in 2007, the ICCI maintains a tumour bank and frozen blood samples for future studies.

“The idea that we can learn about cancer from dogs by studying their disease at the molecular level and at the clinical level — that will help them and help people,” says Coomber. “That’s why we set up the institute. That’s really what we call translational research, where we try and take advantage of a non-human example of cancer.

“We’ve been working very hard for nine years to make Guelph come to mind when you think of cancer research.”