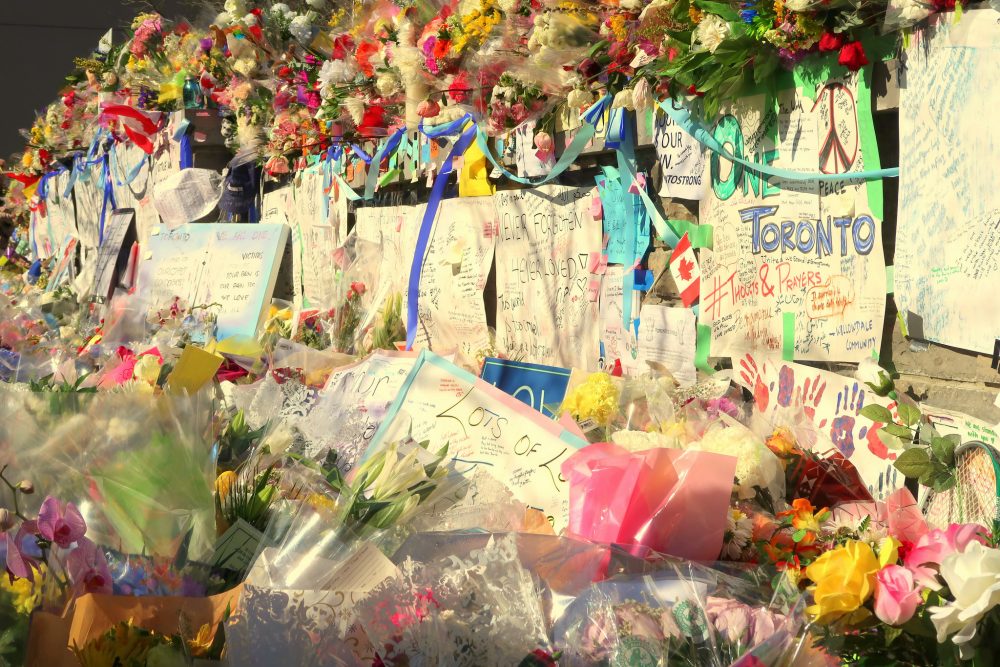 The recent Toronto van attack brings the total number of women killed in Canada this year to at least 57, according to a new report led by a University of Guelph professor.

“This equals one femicide victim every other day in this country,” said Prof. Myrna Dawson.

Dawson talked about the report on May 1 in the Globe and Mail, CBC News on Global News.

Last Monday, eight women and two men were killed when a man drove a rental van along a sidewalk on Yonge Street in North York, hitting more than 25 people.

Media reports said that shortly before the attack, a post on the suspect’s Facebook page appeared to claim allegiance to an online misogynistic movement known as the “involuntary celibate.”

Police have not yet declared a motive and the investigation is ongoing.

“Femicide is defined as the misogynistic killing of women because they are women,” said Dawson, who heads the Canadian Femicide Observatory for Justice and Accountability. “The eight females killed in Toronto are included in our statistic because it is believed their deaths were motivated, at least in part, by misogynistic hate. As such, they provide a clear example of the need to label such killings as femicide.”

The new observatory was launched in December by U of G’s Centre for the Study of Social and Legal Response to Violence. The observatory tracks femicides in Canada and monitors state and social responses to these killings.

Its first report this week includes details on 57 femicide cases that have occurred so far this year in Canada. Dawson said the number is a minimum estimate.

“It is likely that some femicides have not yet been reported or discovered, including those that may involve women or girls who have disappeared.”

Of the 57 cases, 33 were in Ontario, six each occurred in Quebec and Manitoba, three each in Nova Scotia and British Columbia, two each in Alberta and New Brunswick, and one each in Saskatchewan and Yukon.

The largest proportion of femicide victims were aged 25 to 34 years. At least eight were Indigenous women or girls.

In nine cases, a suspect has not yet been identified. In 18 of the remaining 48 cases, a current or former intimate male partner was accused.

“Right now, everyone is focused on how to prevent people from using vehicles as weapons. But we should also be focusing on how to reduce misogynistic attitudes. It’s more difficult and will take longer, but that is what needs to happen if we are going to see real change.

“What people don’t seem to realize is that women are being killed on a regular basis. It’s not always happening in such a public way like it did in Toronto, but it’s happening, and we need to stop it.”

Contact:
Prof. Myrna Dawson
mdawson@uoguelph.ca
Other contacts for media can be found here