The protests that caused the overthrow of Tunisia’s authoritarian ruler in 2011 were triggered by a street vendor with no municipal permit to sell his produce who then set himself on fire after being harassed by local bureaucrats.

Throughout the Middle East and North Africa, poor municipal governance and service delivery contributed to the Arab Spring uprisings. These uprisings ultimately led to the arrival of a million refugees on Western shores.

This May, Tunisia will hold its first municipal elections since 2010. Experts are debating whether Tunisia’s decentralization law should be passed before the elections to make sure municipal governments have the powers and resources to meet their citizens’ needs.

The World Bank and other international financial institutions are implementing decentralization programs to improve municipal political participation and service delivery throughout the region.

But are they working?

Decisions remain in hands of elites

My research on authoritarian states in the region finds that decentralization programs simply help keep authoritarian regimes in power and, in municipalities, keep decisions and services in hands of elites.

Political decentralization is the transfer of decision-making powers and responsibilities from central to lower-level governments, including municipal elected officials.

The World Bank and other international financial institutions first promoted decentralization in Latin America after the fall of authoritarian rulers in the 1980s. Decentralization followed democratization.

Yet in most states of the Middle East and North Africa, decentralization programs are being implemented while authoritarian regimes are still in place. Authoritarian rulers have long manipulated democratic institutions, such as elections, to stay in power.

Why would authoritarian rulers give up power?

The answer is that they don’t. To stay in power, authoritarian regimes use several clever strategies. Two are particularly important in regards to decentralization.

The first strategy is an unelected administrative system that oversees elected institutions.

Moroccan municipalities are under the jurisdiction of the Ministry of the Interior that approves municipal council decisions. The ministry justifies this supervisory role based on its expertise. But in fact, it allows the ministry to facilitate mayors who are supportive of the regime and obstruct those who are not.

The second strategy is the use of patronage. Authoritarian rulers grant privileges and resources to key constituencies or political parties to ensure their support.

In Morocco, privileges go to specific political parties. These privileges trickle down through a party.

Accountable to the Moroccan king

The system works both ways. Municipal politicians promise votes to those higher up in the party in exchange for services they can give to those who voted for them. Services are denied to those who did not vote for them.

Decentralization need not, and does not, affect these strategies. Nor does it necessarily result in less municipal supervision. Instead, supervision is “decentralized” to a lower administrative level.

Only have the power to recommend

But the laws removed authority from municipal councils.

The real authority belongs to the executive director, who is appointed by the Ministry of Municipal Affairs. He determines the annual budget and sends it to the elected mayor.

And under Morocco’s decentralization, approximately 70 per cent of the roles and responsibilities of the regions, provinces and municipalities overlap. This confusion gives appointed governors authority over areas that, according to the municipal charter, belong to municipal governments. 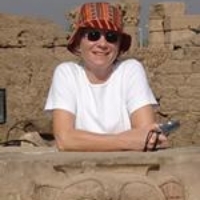 Is the public really included?

Decentralization programs aim to bring the public into municipal decision-making processes. But neither public participation nor service delivery are necessarily improved.

Yet many elected officials are at the same time also heads of civil society organizations such as a neighbourhood development association. They take advantage of this dual role by dominating the committees at the expense of other representatives.

By dominating the committees, councillors are able to put projects into development plans for their own political advantage. Favouritism and inequitable service delivery continue to exist.

The danger of decentralization

Decentralization can in fact strengthen authoritarianism. While authoritarian rulers can call themselves political reformers, in the eyes of citizens, elected officials appear corrupt and unwilling to improve public participation or service delivery.

But are we, in fact, strengthening authoritarianism?