It started with a tweet one July evening in 2015 from a vacationing entomologist in New England. Alongside her photos of a spindly-legged insect, Nancy Miorelli wrote in a Twitter posting: “Fly ID help? On the beach in New Jersey.” 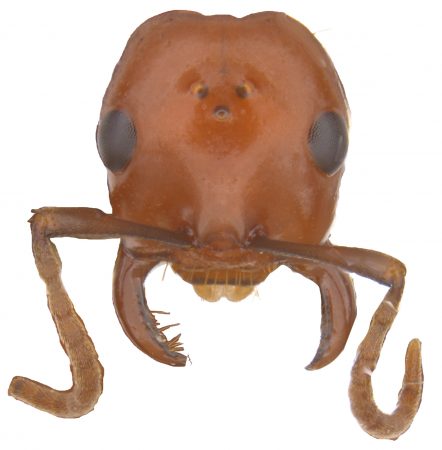 Morgan Jackson, a PhD student in U of G’s School of Environmental Sciences, took less than 10 minutes to tweet back: “!!! I think you’ve got something really cool here.”

Within an hour that evening, Miorelli had bagged several specimens for delivery to the University of Guelph for positive identification.

That chance find on the New Jersey shore led to their co-authoring a research paper earlier this year about the first-ever eastern North America sighting of this species of long-legged fly – and its most northerly occurrence outside of its native Japan.

The find also underlines the growing importance of social media and so-called citizen scientists in documenting changes in the natural world.

The long-legged fly isn’t the only example of using Twitter, Instagram and the like to track and report on bugs’ lives, including the potential impacts of climate change on their worldwide movements.

In this case, says Smith, a series of tweets involving field ecologists and academic experts demonstrated the utility of social media in documenting the unexpected northward march of a slave-making ant.

Call it social media in the service of tracking social insects.

Published in the Proceedings of the Entomological Society of Washington, this year’s paper by Jackson and Miorelli describes the first finding of the fly Thambemyia borealis on the Atlantic coast of North America.

It’s one of only a few flies in the world whose larvae live in the ocean’s intertidal zone.

The insect was spotted in 1999 in California and the Gulf of Mexico, and was recorded in Peru a decade later.

Scientists believe it has spread from Japan in cargo ships crisscrossing the world’s oceans.

Its first-ever sighting on the Atlantic coast wasn’t the only surprise.

Jackson also took to Twitter to track down an expert on sea surface temperatures. Within a day, Alexander Bond at the Centre for Conservation Science in the United Kingdom and a co-author on the new paper, confirmed that New Jersey was the coldest record for this species.

That suggests the fly may thrive in similar temperatures in Maritime Canada, says Jackson.

A similar surprise played out for Smith beginning late last summer, after his Twitter handle was tagged in a tweet by Ed Morris, a biologist with the Ontario government and U of G grad, asking for help in identifying what was thought to be a stinging fire ant.

The original post came from Jennifer McDonald and U of G grad Michael Kent, both ecologists at Killbear Provincial Park on Georgian Bay.

They had found a colony of robust and aggressive red ants in the park.

Smith and James Trager, a biologist at the Missouri Botanical Garden, identified them as a species of Polyergus slave-making ants.

The insect is endemic to North America but earlier had been found only along the southern shore of Lake Huron.

About as large as a common carpenter ant, Polyergus uses its fearsome-looking sickle-shaped jaws to carry off larvae of other ant species that are then raised to work in the parasitic ant’s colony.

The species poses no stinging or biting risk to humans, says Smith, who wrote the new paper in the Journal of the Entomological Society of Ontario along with the other scientists involved.

But for both the ant and the long-legged fly, the finds come amid mounting concern over the effects of climate change on insects’ normal geographic ranges. 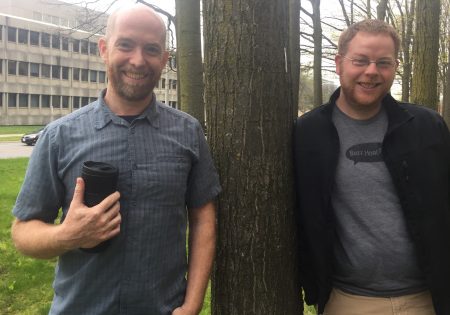 “We’re documenting a march northward for a lot of species,” says Smith, adding that more work is needed to pinpoint causes and implications.

Both papers also offer examples of the growing use of social media by often far-flung collaborators to share natural history finds in real time, says Smith. “Happy accidents are accelerating and easier to have because of social media.”

Other researchers have used Instagram to record a new Ontario location for a tree cricket species, and blogs and social networks such as Flickr to track new geographic ranges for a particular spider in the province.

Beyond specialists alone, members of the public using cellphone cameras — what Smith calls “a microscope in your pocket” – are increasingly involved in inventorying and monitoring nature.

Jackson will help in identifying organisms expected to be captured in nature selfies to be taken during a cross-Canada “bioblitz” planned for International Biodiversity Day on May 22.

Organized by the Canadian Wildlife Federation, the event is one of numerous public bioblitzes taking place this year for a national species inventory as part of Canada 150 celebrations.