With worldwide health experts worried that antibiotics are becoming less effective against illness and infection, two University of Guelph researchers will use new federal funding to look at growing microbial resistance to drugs in hopes of stemming the trend.

Patrick Boerlin and Scott Weese, both pathobiology professors in the Ontario Veterinary College, will receive funding from the Canadian Institutes of Health Research to look at the risks of infections from animals and how people can avoid disease. 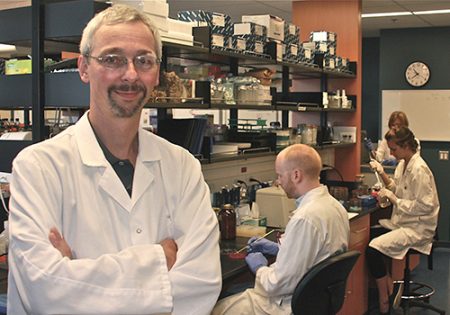 Boerlin will lead a transatlantic genetic study on thousands of bacteria in chicken, swine, cattle, dogs and humans to learn about spread of resistance.

Under this $2-million study — including $590,000 for the Canadian component — researchers will look at how these bacteria resist treatment with critically important antibiotics called cephalosporins.

Along with collaborators in the United Kingdom, the group will use bioinformatics and epidemiology to study how these bacteria are transmitted.

They will use molecular methods to compare antibiotic-resistant bacteria in France, Germany and Canada from humans, food and animals.

They hope to learn when best to intervene to slow the spread of antimicrobial resistance, said Boerlin.

Along with research partners in France and at the National Microbiology Laboratory in Winnipeg, he will also study the collateral effects of drug resistance on survival and fitness of bacteria.

Noting that drug-resistant bacterial infections threaten human and livestock health, Boerlin said, “New antibiotics are difficult and extremely costly to develop, and only very few new ones have made it to the market in the past 40 or 50 years.” 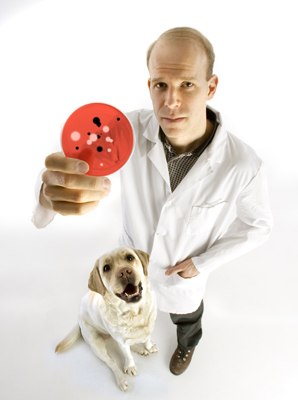 Weese will lead a three-year, $530,000 study of diseases that may spread to humans from companion animals such as cats and dogs.

His team will work with researchers in Portugal, Germany and the United Kingdom.

They will study disease transmission and antimicrobial resistance in humans and companion animals, including looking at rates of transmission for different types of infection.

“It is known that animals share antimicrobial-resistant bacteria and genes with humans, but the extent to which this happens is unknown,” said Weese.

The team will sample infected animals and household members to learn when interventions might work best.

“We will design and evaluate preventive and intervening measures for controlling resistance and diminishing the public health consequences of antimicrobial resistance,” he said.