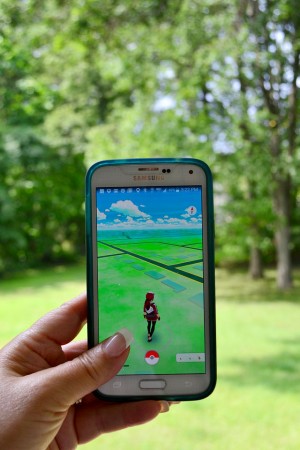 A Pokémon Go player in California noticed “a big blob of red-and-white goo” near the river where she was hunting for Pokémon characters. Wondering what it was, she tweeted a photo to University of Guelph PhD student Morgan Jackson with the #PokeBlitz hashtag. Jackson didn’t recognize it but sent it to another scientist who identified the “goo” as a clump of snail eggs.

In the first week after Nintendo’s Pokémon Go mobile game was launched, Jackson and his fellow “wildlife identifiers” helped put names to various insects, birds and other animals for players from Europe, Asia and South America, as well as Canada and the United States.

Jackson is an entomology student studying stilt-legged flies in the U of G’s insect collection. He says his current work reminds him of the original Pokémon game he played as a child. “I try to catch them all, figure out how they are related to each other, and give those that need it a new name,” he says of the flies he studies.

Even before the game was released, Jackson saw the possibilities to connect Pokémon fandom with real biology. People playing the game are outdoors exploring their surroundings more than they normally would be, he explains, and that means they’ll naturally run into more insects and animals than they otherwise would. On the U of G campus alone, there are 55 PokéStops and five gyms.

To play, participants have to physically walk around their neighbourhoods to find and collect monsters, and battle other players. The game’s augmented reality projects the cartoon creatures into the real world around players by engaging smartphone cameras. “That means if you see an actual wild animal, it’s easy to snap a photo of it,” Jackson says. 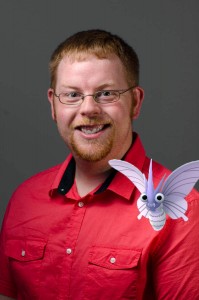 Wildlife experts such as Jackson already answer many tweeted questions about animals online. To make the connection with the game, Jackson created the #PokeBlitz hashtag as a rallying point for naturalists to follow and for people to post their photos and questions. The tag is a take-off on BioBlitz where people search for and identify all the wildlife in a particular area.

Several media outlets interviewed Jackson soon after he created the hashtag, and it was promoted in a video by ASAP Science, a YouTube channel created by two U of G grads. The publicity has boosted use of the hashtag by both game players and wildlife experts.

Will colder weather and back-to-school schedules slow the enthusiasm for Pokémon Go? Jackson says we’ll have to wait and see, but he’s optimistic about the potential for future developments within the game. Meanwhile, he’s excited about the way people are discovering the natural world as they hunt for imaginary creatures.

“My wife and I take our kids out for a walk most evenings, and we usually don’t see many other people,” says Jackson. “But since Pokémon Go launched, there are all these other people outdoors and walking around. That has to be a good thing. They come out because of the game, but they are getting some exercise and enjoying the natural world.”