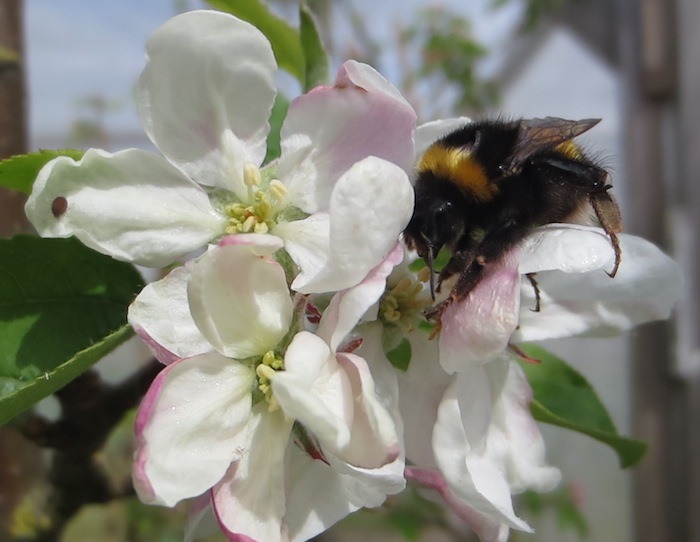 A lawsuit against the Canadian government asking a court to ban neonicotinoids is raising important questions about these pesticides, according to a University of Guelph professor.

Prof. Nigel Raine, School of Environmental Sciences, has studied the effects of this family of pesticides on pollinators, such as bees. He has found that bees are affected by low level exposure to neonicotinoids, often in ways that do not kill them but can impair their normal behaviour and ability to pollinate crops effectively.

A coalition of environmental groups filed a lawsuit in federal court in Toronto asking for a ban on neonicotinoids, often called neonics.

“We exposed bees to the same level of neonicotinoid exposure as they would face in the field, and found there are important sub-lethal effects on their behaviour,” said Raine, who holds the Rebanks Family Chair in Pollinator Conservation at Guelph. 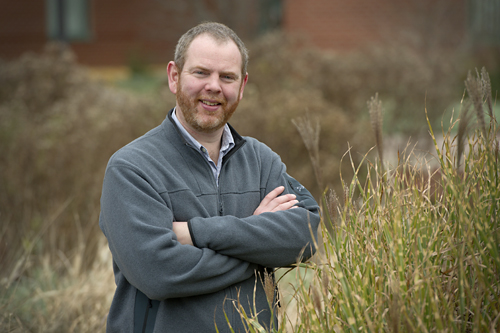 “These effects include impairment of learning and memory performance, changes in flower choices and reduced ability to collect pollen. Field-realistic exposure to neonicotinoids can affect the growth and reproduction of bumblebee colonies, and cause severe reductions in reproduction by solitary bees. Such exposure may be affecting the stability of wild bee populations.”

Insect pollinators, particularly bees, are critical to the production of most fruit, vegetable and nut crops. One in three mouthfuls of food we eat depends on bees, notably wild bumblebees and solitary bees.

There are at least 825 bee species in Canada, and 95 per cent are solitary species.

Raine said pesticides are not the only reason pollinators are struggling.

“There are multiple reasons why pollinators are declining, including changes in land use, climate change, increases in agricultural intensification and emergent diseases, and these factors are likely to be interacting to exacerbate the problem,” he said.

“The purpose of neonicotinoids is to kill insect pests. As such, it is not surprising that these chemicals can also have detrimental or lethal effects for beneficial insects, such as natural enemies and pollinators.”

“Bees with reduced ability to pollinate crops could have significant ramifications for the sustainability of farming fruit, vegetable and nut crops and the health of around 90 per cent of flowering wild plants that rely on insect pollinators to reproduce.”

Only two to 20 per cent of the insecticide applied as a seed treatment is taken up by the crop plant, meaning there are questions on the environmental fate and impact of the remaining percentage.

“Insecticide residues from the seed treatment are found in all tissues of treated crop plants, including the nectar and pollen. Such chronic, low-level exposure is not limited to treated crops. Multiple studies report neonicotinoid residues in the pollen and nectar of wild flowers in agricultural landscapes.”

However, Raine said banning these insecticides may not be a cure-all for pollinators, as farmers need some pest protection in order to grow crops.

“If neonicotinoids are banned, conventional farmers may simply use an alternative insecticide that could also have harmful effects on pollinators,” he said.

“In reality many of these other classes of insecticide have not received the same degree of scientific scrutiny for pollinator impacts as neonicotinoids.”

Raine said while banning neonicotinoids could help pollinators, there are other factors for policy-makers to consider.

“Balancing benefits versus unintended consequences of insecticide usage is tricky, and decisions need to be made using robust evidence, not rhetoric.”