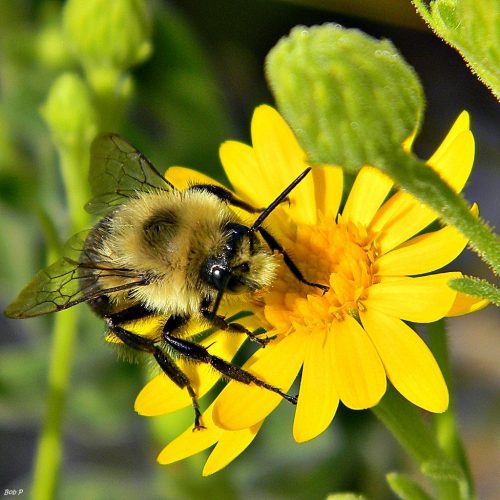 Prof. Nigel Raine, the Rebanks Family Chair in Pollinator Conservation at U of G, has been discussing the impacts of pesticides on bees and agricultural landscapes in the international press.

“Farmers rely on pollinators and controlling pests to produce the food we eat,” said Raine.

“Choosing which pesticides are safest is a balancing act between the unintended consequences of their use for non-target organisms (including pollinators and aquatic insects) and giving farmers the tools they need to control insect crop pests.”

On Aug. 15, Health Canada announced proposals to phase out two out of the three main neonicotinoid pesticides (clothianidin and thiamethoxam) that are currently approved for use on food and feed crops in Canada over a period of three to five years, according to media reports that ran on CBC News and in The Globe and Mail.

This announcement follows a similar proposal from the Canadian government to phase out imidacloprid, another widely used neonicotinoid, in November 2016 – a decision that has yet to be confirmed by Health Canada.

If these proposed phase-outs for outdoor use of neonicotinoids go ahead in Canada, they would follow the European Union’s recent announcement of a total ban on the use of bee-harming insecticides from all fields by the end of 2018.

All three of these neonicotinoids (imidacloprid, thiamethoxam and clothianidin) have been restricted in the European Union since 2013 from use on flowering crops attractive to bees.

In official documents released yesterday, Health Canada reported that both thiamethoxam and clothianidin are “being measured at concentrations that are harmful to aquatic insects” in aquatic environments in Canada, and concluded: “Based on currently available information, most outdoor uses in Canada are not sustainable.”

Raine, a professor in U of G’s School of Environmental Sciences, discussed Canada’s announcement in a series of interviews with CBC Radio.

He said, “These proposals to substantially reduce the use of neonicotinoids across Canada are a welcome response to increasing evidence that the way these insecticides are currently being used represents a real risk to non-target organisms – including aquatic insects and pollinators. It would be great to see these risks minimized by finalizing decisions and expediting the phase-out process as quickly as possible.” 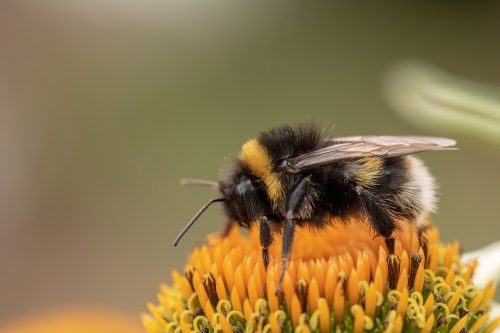 Canada’s announcement yesterday coincided with a new study published in Nature that found that certain other insecticides licensed for use in many locations – including the European Union and Canada – could impact the reproductive success of bumblebee colonies. The study examined sulfoximine-based insecticides that will likely replace neonicotinoid pesticides that will be banned from agricultural use outside permanent greenhouse structures within months in the European Union.

“Substantial restrictions on neonicotinoid use have been introduced in some regions of the world, particularly Europe. Such restrictions might seem to be good news for bee health — but only if the insecticides that replace neonicotinoids are less harmful to insect pollinators,” said Raine in a Nature article, published on Aug. 15.

Listen to Prof. Nigel Raine’s interview on the Nature podcast

Raine’s comments appeared in the international press including The Guardian, The Scientist, El Pais, the Oman Observer, and The Independent.

“This study suggests that exposure to sulfoximine insecticides, like neonicotinoids, can have substantial impacts on both the rate at which bumblebee colonies grow, and their ability to reproduce effectively. Such pesticide impacts on wild bees could have serious ramifications for the pollination of many crops and wild plants.

“Sulfoxaflor is a chemical in the sulfoximine class of systemic insecticides that kills insect pests by disrupting their nervous system. Sulfoximines bind to the same type of neurotransmitter (nicotinic acetylcholine) receptor in both pest and beneficial insects that are also affected by exposure to neonicotinoid insecticides.”

As scientists continue to investigate the impacts of pesticide use on pollinators, some people are already planning for a world without bees, according to a New York Times Magazine feature story.

The article examined California’s multibillion-dollar almond industry and how its survival relies on adequate pollination from around 30 billion managed honeybees brought into the orchards every spring. It reported on several ideas being developed as potential remedies for a precarious future for pollinators, from self-pollinating trees to pollinating drones.

Interviewed for the story, Raine said he would be wary of relying on robotic bees to pollinate crops.

“Bees and other pollinators are beautifully adapted to visit flowers to collect nectar and pollen, and in doing so they also pollinate these plants. The idea that we can simply replace these complex plant-pollinator relationships with robots is deeply concerning – assuming we could ever make robots that perform as well a real bee, the cost and resources needed to produce thousands of robots needed to replace bees from even a single honeybee colony would be astronomical.”