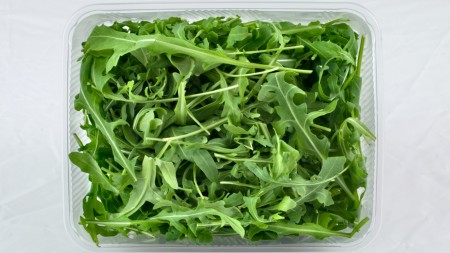 Even as the food industry and regulators get better at preventing and responding to the food-borne pathogen listeria, the greying of North America’s population could make outbreaks of the bacterium much more dangerous in the future, say researchers at The Food Institute of the University of Guelph.

A nut and seed mix at Publix in the U.S. and frozen beans in Canada’s North are the latest foods to be recalled over listeria fears.

While the number of reported Canadian cases is relatively small — about 150 cases annually compared with about four million episodes of other food-borne illnesses in Canada — listeria, known by its scientific name as L. monocytogenes, can be especially deadly.

This pathogen is found in soil, vegetation, water, sewage, livestock feed and feces. It’s also found in many foods, including meats, fish, produce and dairy products. Humans and animals can carry listeria without knowing it.

Listeria can survive typical refrigeration temperatures, and does not affect the look, smell or taste of contaminated food.

“When it does hit, it can be very severe and serious,” says food science professor Jeffrey Farber, newly appointed director of the Canadian Research Institute for Food Safety.

Formerly at Health Canada, Farber was most recently director of the Bureau of Microbial Hazards, within the Food Directorate of the Health Products and Food Branch.

“In an outbreak situation, if 100 people are infected, you could expect 30 of those people to die,” he says.

“Low-risk people may not experience any effect, but for high-risk individuals like pregnant women, elderly people and people who are on immunosuppressive therapy, it can really take hold in the body and be fatal.”

At Health Canada in 2008, Farber was part of the Health Canada team managing the issue of contaminated processed meat from Maple Leaf Foods. That case caused 24 deaths — a fatality rate of more than 40 per cent – and cost Canada about $242 million.

“You need to do regular testing of the environment, especially at ready-to-eat food plants. A lot of plants were doing sampling, but not systematically enough to eradicate organisms.”

Researchers are now testing whether smaller amounts of additives can combat food-borne illnesses or whether additives considered natural and desirable – such as certain spices or natural inhibitors — can inhibit or kill listeria.

For ready-to-eat meats, plants are using new technologies such as high-pressure processing.

“If you’re going to buy a packaged salad and you’re in a susceptible group, make sure it is far away from the best-before date and you eat it on the same day you buy it. Don’t wait 10 days to eat it,” says Farber.

He says food safety is improving each year for Canadians.

“Scientists today are much better at solving and proactively identifying food-borne outbreaks because of more sensitive methods such as whole genome sequencing.

“In the future, we will likely be seeing the reporting of a greater number of outbreaks, but they will be smaller in nature.”