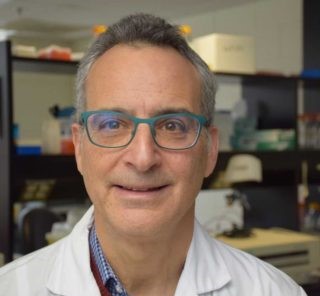 A newly discovered species of Listeria has been named to honour a University of Guelph food scientist and food safety expert who has made significant contributions to understanding these bacteria.

The name of the new species, Listeria farberi, recognizes the work of Dr. Jeffrey Farber, an adjunct professor of food microbiology in U of G’s Department of Food Science.

Farber is considered one of the world’s foremost experts on Listeria, having published more than 50 papers on the bacteria over five decades. He worked as a food microbiologist for more than 30 years with Health Canada, including during the 2008 listeriosis outbreak linked to cold cuts sold by Maple Leaf Foods.

He served as director of U of G’s Centre for Research in Food Safety for five years, and led the master of science program in food safety and quality assurance.

Food scientists from Cornell University report in the latest issue of the International Journal of Systematic and Evolutionary Microbiology that they stumbled upon Listeria farberi along with four other previously unknown species while assessing the organism’s prevalence in agricultural soil.

Three of the new species were named for researchers. L. farberi is “named in honour of Dr. Jeff Farber for his contributions to both our understanding of Listeria and the advancement of food safety,” wrote the authors.

The discovery brings the number of known Listeria species to 26.

While L. farberi is non-pathogenic — meaning it is not known to cause human disease — whole-genome sequencing reveals that it is closely related to Listeria monocytogenes, the sole species in the group known to cause severe food-borne illness in humans.

As these different species are often found together, food facilities will now need to monitor for all of them, including L. farberi, the authors wrote.