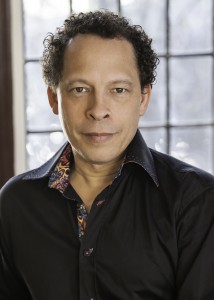 This is the second Canada Reads win for Hill, who also claimed the prestigious title in 2009 for The Book of Negroes.

This year’s theme was “starting over.”

The Illegal was inspired by stories of refugees around the world. Hill is currently adapting the novel for a television miniseries.

The other competing titles were the runner-up, The Hero’s Walk by Anita Rau Badami; Minister Without Portfolio by Michael Winter; Bone and Bread by Saleema Nawaz; and Birdie by Tracey Lindberg.

Hill will begin teaching creative writing at U of G in July.

Among his 10 books of fiction and non-fiction, his best-known work is The Book of Negroes. The novel has been translated into 10 languages and published worldwide. It was made into an award-winning TV miniseries co-written by Hill.

He has received the Rogers Writers’ Trust Fiction Prize and the Commonwealth Writers’ Prize.

A member of the Order of Canada, Hill currently chairs the jury for the 2016 Scotiabank Giller Prize, viewed as Canada’s top literary award.

He has taught fiction and mentored writers in the Booming Ground program at the University of British Columbia, Ryerson University, the Humber School for Writers, the Banff Centre and Johns Hopkins University, where he earned his master’s degree in creative writing.