A University of Guelph professor has uncovered the “secret” to staying strong as we age – superb fitness. 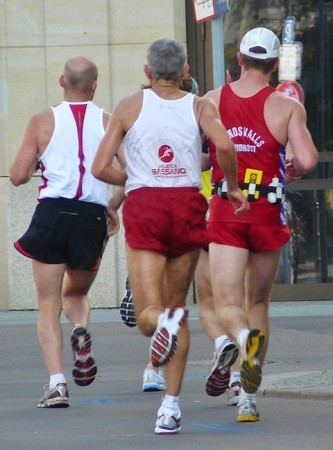 Geoff Power found elderly people who were elite athletes in their youth or later in life – and who still compete as masters athletes — have much healthier muscles at the cellular level compared to those of non-athletes.

His research was published recently in the Journal of Applied Physiology.

The study compared world-class track and field athletes in their 80s with people of the same age who are living independently. There have been few such studies of aging and muscle weakening in masters athletes in this age group.

“One of the most unique and novel aspects of this study is the exceptional participants,” said Power, who joined U of G’s Department of Human Health and Nutritional Sciences last fall.

“These are individuals in their 80s and 90s who actively compete in world masters track and field championships. We have seven world champions. These individuals are the crème de la crème of aging.”

The study found that athletes’ legs were 25 per cent stronger on average and had about 14 per cent more total muscle mass.

In addition, the athletes had nearly one-third more motor units in their leg muscles than non-athletes. 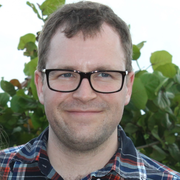 “Therefore, identifying opportunities to intervene and delay the loss of motor units in old age is of critical importance,” Power said.

Power led the study as a visiting PhD student from Western University and the Canadian Centre for Activity and Aging at McGill University. He joined U of G last fall after a three-year post-doc at the University of Calgary.

In another recent study, published in the American Journal of Physiology – Cell Physiology, he  looked at muscle fibre samples from the same elite athlete/non-athlete group.

Power studies healthy aging from cells to the whole body.  “Exercise is definitely an important contributor to functional performance,” he said, adding that even non-athletes can benefit. “Staying active, even later in life, can help reduce muscle loss.”

But, he adds, “we cannot rule out the importance of genetics.” He said further research is needed to determine whether muscle health in elite athletes comes from training or genes.