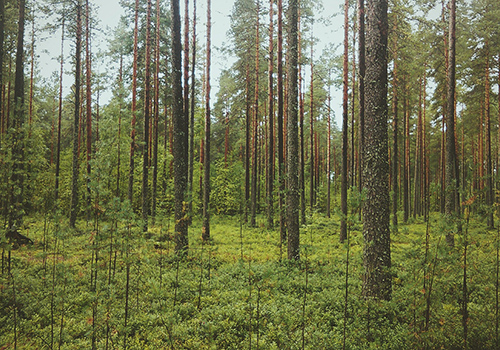 When Northern Ontario logging companies cut down vast tracts of mature coniferous trees, the new trees that grow in their place tend to be aspens, willows, alders and others that grow best in bright sun.

Trees are still trees though, so perhaps this change is no big deal? Prof. John Fryxell, newly appointed chair in the Department of Integrative Biology, says it actually has a big impact on the animals living in the area. The new trees are the preferred food of moose, so the moose population has increased. This in turn has led to more wolves, which hunt the moose.

But there is another unexpected outcome: a significant drop in the number of caribou.

“The caribou are easier for the wolves to catch than the moose,” says Fryxell. “So with more wolves around, more caribou are being killed. They simply have not evolved to cope with this high density of predators.”

The changes in the forest also work against the caribou survival rate in another way: their primary food is lichen, which doesn’t grow well in young forests after logging. 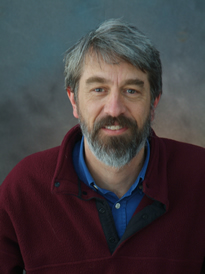 To improve our understanding of this situation and help create policies that will stabilize the declining caribou population, Fryxell and his research team have equipped about 160 caribou with radio collars that connect to GPS technology to track their movements. More than 30 caribou are also equipped with video cameras, giving researchers a caribou-eye view of the world. Wolves in the area have also been fitted with radio collars, allowing researchers to see how often the two groups interact and study their patterns of movement. The project is partially funded by Forest Ecosystem Science Cooperative Inc., the Ontario Ministry of Natural Resources and Forests, and the National Research Council of Canada.

“The situation for the caribou is urgent,” says Fryxell. “They are facing a double whammy — they are forced to search farther for food, and there are many more of their predators than in the past.”

This way of looking at biological and environmental issues is at the heart of integrative biology, says Fryxell. “What distinguishes our approach is we are trying to integrate our understanding of how the multiple species in the ecosystem interact. That’s more complicated than studying a single species in isolation — but animals and plants don’t really exist in isolation.”

Fryxell has worked on a similar project in the African Serengeti ecosystem since the 1990s, examining the movement patterns of herbivores (wildebeest, gazelles and zebras) and their predators (lions and hyenas). He was quoted extensively in a 2010 National Geographic article called “Great Migrations: Running with the Herd”, in which he explains how these animals are affected by each other, and by the growth patterns of the grasses eaten by the herbivores. This research is ongoing.