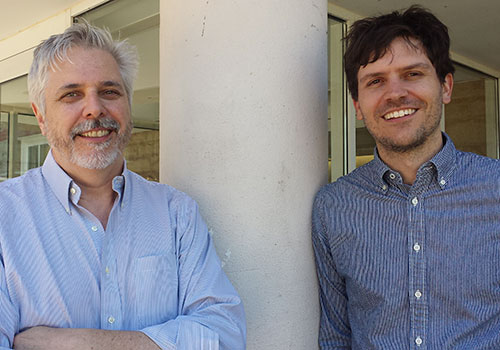 “The Macaque Attack.” That’s the headline that Adam Hammond might have tacked onto his travel article about Morocco published last year in The Globe and Mail.

One day on Hammond’s three-week jaunt through the Northern African country, a taxi driver with a warped sense of humour encouraged him to feed peanuts to a Barbary macaque without telling him the safe way to do it.

That exploit nearly cost him a hand, says Hammond, whose Moroccan sojourn took him from one mishap to another, including enduring bedbugs, brushing too close to a cobra and repeatedly getting lost in the medinas of Marrakesh.

Still, he collected enough tales to pitch a travel story to the Globe (the editor went with the headline “You think you’re adventurous, but can you handle Marrakesh?”).

That was one of about six travel pieces published by Hammond in The Globe and Mail in the past 18 months.

By day, Hammond writes more scholarly material, including a book about literature in the digital age to be published this year. He arrived in Guelph’s School of English and Theatre Studies in early 2014 as the inaugural holder of the Michael Ridley Post-Doctoral Fellowship in Digital Humanities.

His knack for travel writing is an avocation shared with U of G’s Owen Roberts, director of research communications in the Office of Research.

Over roughly the same period, Roberts has filed about a dozen stories for the Toronto Star’s travel pages from destinations as diverse as Mexico, the Netherlands and Abu Dhabi.

In a way, it was literature that brought Hammond to travel writing.

Shortly after he arrived at Guelph, The Globe and Mail published his debut article called “The hipster’s guide to cruising.”

Hammond and his girlfriend had booked a 15-day transatlantic crossing from Florida to Spain. It was partly his partner’s idea. “As a kid, her favourite show was The Love Boat. Her one goal was to go on a cruise,” he says.

They found themselves by far the youngest travellers aboard the MS Nieuw Amsterdam. Other passengers routinely mistook them for ship staffers.

Ignoring most of what Hammond dismisses as the “endless on-board activities,” they spent their time on deck whale-watching and reading. He managed to get through numerous volumes borrowed from the ship’s library, including Thomas Mann’s The Magic Mountain.

Having already travelled a number of times, including more than two months hitchhiking through Scandinavia, he thought of himself as a “serious traveler.” A cruise “was such a weird thing for someone my age to be doing” — so weird he thought there might be something worth writing about.

Hammond pitched the idea to the Globe’s travel editor, and the story ended up on the front page of the paper’s Saturday travel section.

In early May, the newspaper ran his story about visiting the Baltic coast of Poland.

In June, he will combine travel writing and academia with a cruise to Japan. Now writing a book about indie video games and storytelling, he plans to meet with indie gamers in Tokyo. 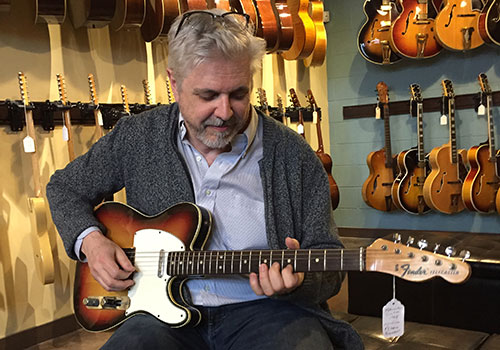 Early last year, Roberts heard from a Toronto Star editor who had formerly been on staff at the Guelph Mercury. The Star was changing its travel writing practice to use freelancers exclusively, and the editor was reaching out to colleagues.

Roberts has written a weekly agri-food column in the Mercury for 23 years. On campus, he teaches agricultural communications; he is vice-president of the International Federation of Agricultural Journalists.

He filed his first travel byline from Abu Dhabi. One eye-catcher there was a vending machine that dispensed gold bars for customers using their credit cards. “I maxed out,” Roberts quips. “I was afraid I wouldn’t get them in my carry-on, so I left them behind.”

He uses holidays to travel on promotional junkets usually lasting three or four days and paid for by visitors’ bureaus, airlines, hotel chains or host cities.

He’s written about Sayulita on Mexico’s surfing shore, played vintage guitars in Nashville (a particular treat for Roberts, guitarist in a local band called The GMOs) and visited a Sandals resort in Grenada. A favourite nearby destination was Buffalo, where he was surprised to find a resurgent city looking to get past its Rust Town reputation.

Before his ill-starred trip to Morocco, Hammond considered himself to be an adventurous trekker. The experience, including the macaque encounter, made him relabel himself as “moderately adventurous.” 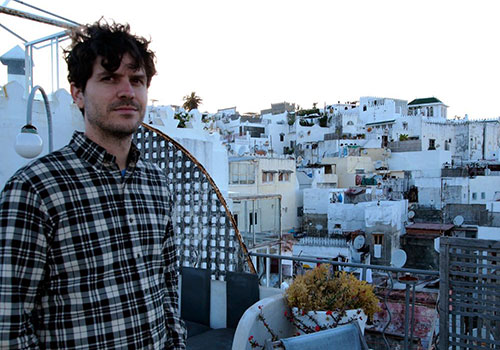 The lesson: pick a trip that suits your personality. He offers another bit of advice: if you brandish The Lonely Planet or similar guidebook in public during a cruise stop, you’ll become the de facto expert about the destination in the eyes of every other traveller around you.

“Every backpacker has a Lonely Planet, but for some reason, no one brings them on cruises. Since cruise ships stop in interesting places, and cruise ship-organized tours are expensive, it’s very handy to have a travel guide.”

Roberts recommends getting a Nexus card to speed through the Canada-United States border and obtaining a 10-year passport (some countries will deny you entry if your passport is within a few months of expiration).

And, he adds, pack more rather than less.

He was in Finland during the 9/11 terrorist attacks in the United States. With international air space closed, it took him an extra week to get home. “I never go with minimal luggage anymore. I’ve never forgotten that experience.”