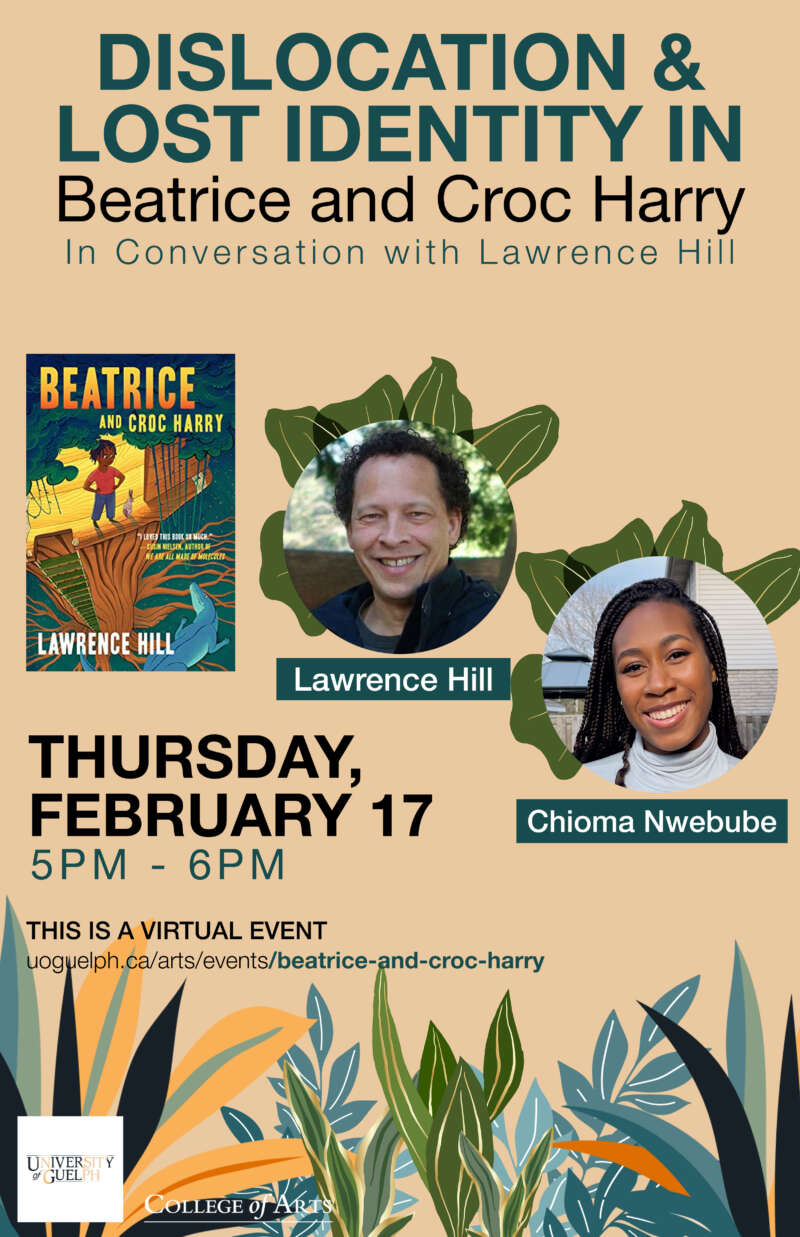 Join us virtually for a conversation with Chioma Nwebube, 4th year student, former president of the Guelph Black Students Association, and member of the President’s Anti-Racism Advisory Committee and Lawrence Hill, author and professor of creative writing in the School of English and Theatre Studies.

Lawrence Hill is an award-winning and internationally bestselling author of eleven books of fiction and nonfiction, including The Book of Negroes and The Illegal, both of which won CBC Canada Reads. Hill is the winner of the Rogers Writers’ Trust Fiction Prize, the Commonwealth Writers’ Prize for Best Book, and both CBC Radio’s Canada Reads and Radio-Canada’s Combat des livres. He helped to create and has chaired Gryphons Read, the University’s common reading program. Last year, he initiated a third-year creative writing course which he taught (to students and to prisoners, together) in the Grand Valley Institution for Women, a federal penitentiary in Kitchener. Much of his volunteer work has been of service to Black communities, through groups such as the Black Loyalist Heritage Society, the Ontario Black History Society, The Writers’ Union of Canada, The University of Toronto Schools, and Crossroads International, for which he remains an honorary patron.

Please register on Eventbrite to receive the Zoom link.

Email
ddifrus@uoguelph.ca
Event is open to
U of G students, U of G faculty and staff, The public