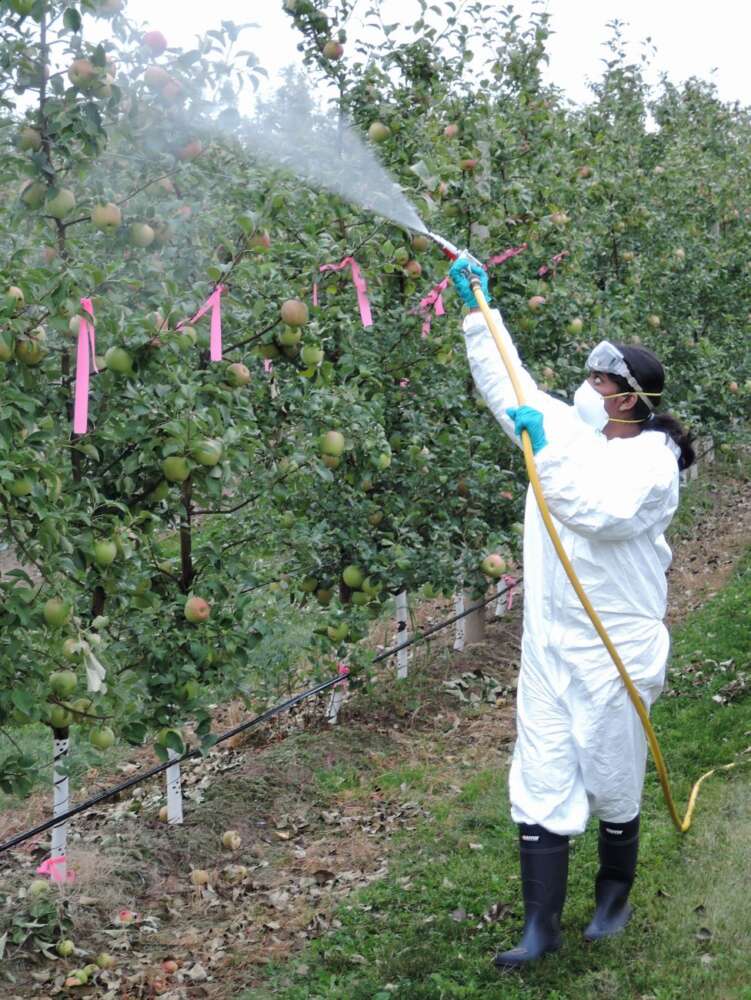 Apple growers can stem costly post-harvest spoilage losses by up to 20 per cent by applying a natural compound in orchards, according to a new University of Guelph study.

The study found that applying hexanal to apples pre-harvest helps curb losses from a condition called “bitter pit,” impairing fruit appearance and flavour, especially in the Honeycrisp cultivar that normally fetches a premium in the grocery produce section, said Dr. Jay Subramanian, a professor in the Ontario Agricultural College.

Besides extending shelf life in the grocery store, hexanal helps delay fruit ripening in the field, lengthening the apple harvest period for growers for about two weeks beyond the end of September, Subramanian added.

These findings add weight to farmers’ calls for Canadian regulatory changes to allow spraying of hexanal on crops. The compound is registered as a food additive in the United States and other countries.

Honeycrisp is popular among Ontario consumers but expensive to grow because the fruit drops from the trees prematurely, causing the apples to spoil. The apple variety also tends to develop bitter pit during storage.

Published in the journal Plants, the study involved spraying hexanal on Honeycrisp orchards in the Niagara Peninsula.

Hexanal is found in all fruits. The compound inhibits premature softening caused by a particular enzyme in the fruit. It can also ward off bitter pit, which occurs in long-term storage and impairs fruit quality. The condition can cause 15 to 40 per cent of harvested fruit to spoil.

“Bitter pit is a major problem from the grower all the way to the consumer,” said Subramanian.

The researchers found spraying hexanal in orchards reduced the incidence of bitter pit in this cultivar by about 20 per cent.

Subramanian hopes this new study and earlier research involving colleagues in U of G’s Department of Plant Agriculture will help persuade regulators to approve the use of hexanal, intended to delay fruit ripening and prevent post-harvest losses and food waste.

“Once the compound is registered, then it will be a big boon for growers, because it’s a naturally occurring, plant-based compound,” said lead author Karthika Sriskantharajah, a PhD student and Arrell Scholar with U of G’s Arrell Food Institute.

Earlier U of G research has shown that hexanal can lengthen shelf life of other fruits, including cherries, nectarines, raspberries, mango and bananas.

U of G researchers have also been involved in projects to use hexanal in other countries including India, Kenya, Sri Lanka and Tanzania to help reduce post-harvest fruit losses and improve producers’ livelihoods.

This project was funded by Canada’s International Development Research Centre.