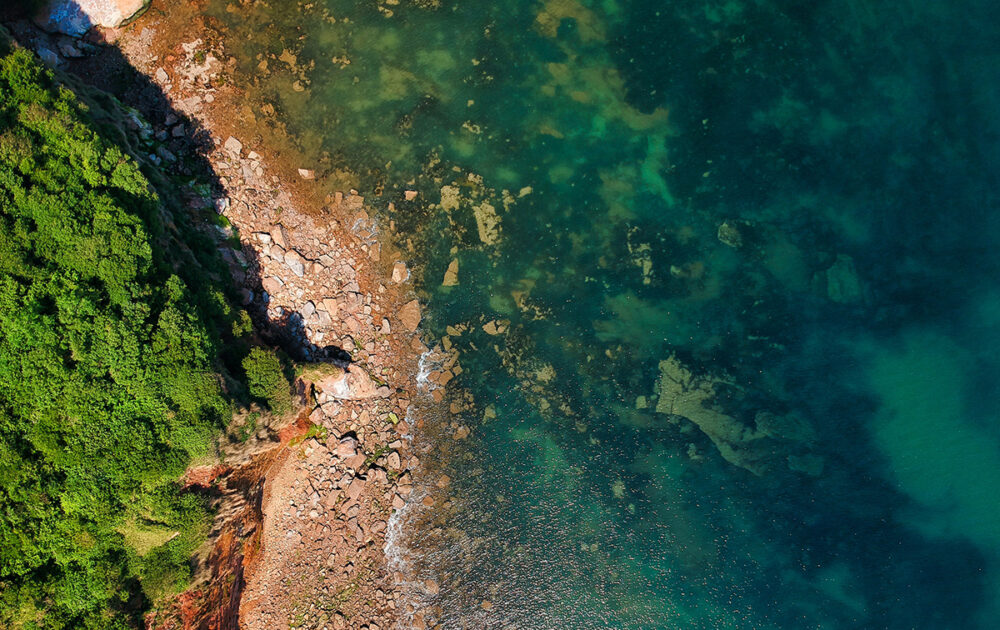 Toxins released by harmful algal blooms threaten aquatic life year-round, not just during the hot summer months when blooms are most visible and breaking down, a University of Guelph study has found.

The study was led by post-doctoral researcher Dr. René  Sahba Shahmohamadloo, Department of Integrative Biology, along with researchers from the Ontario Ministry of the Environment, Conservation and Parks.

The study is the first of its kind to examine sublethal impacts of cyanobacterial toxins (or cyanotoxins) in tissue and at the molecular level in both juvenile and adult fish, and was recently published in Environmental Science & Technology. 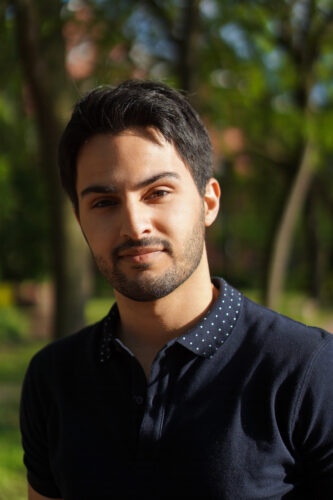 “It’s a problem all season-round,” Shahmohamadloo said. “Water and biomonitoring efforts are largely focused on late summer and fall, when harmful algal blooms are visible and the cyanotoxins they produce are of risk to the general public. But what we found is cyanotoxins can adversely affect fish populations even in the early stages of a bloom’s development when humans can’t see it. The data suggests we need to be tracking these blooms as early as spring.”

Shahmohamadloo set out to discover whether fish are at risk when a bloom is healthy and developing or only during large, problematic accumulations in the heat of summer as the bloom life cycle ends. Most blooms currently last only a few days, although scientists predict they will last for up to several weeks each year by 2050 from climate change impacts.

“What we found was that from spring to fall – from when a bloom is healthy to when it is dying off – fish are adversely affected,” he said, adding that definitive evidence appeared at the molecular level.

He examined negative impacts of algal blooms before the release of cyanotoxins – microcystins in particular – by the cyanobacterial species Microcystis.

“We conclude that fish can accumulate cyanotoxins in all life stages of a harmful algal bloom and experience sublethal toxicity,” Shahmohamadloo said. The exposure may not kill fish, he said, but the health effects may be long-lasting.

He exposed adult and juvenile rainbow trout to microcystins, the most common toxin released by blooms. The team looked at exposure to microcystins both inside healthy Microcystis cells (intracellular) and outside after the bacterial cells deteriorated (extracellular).

Within 24 hours, fish exposed to both states had buildups of the toxin in most tissues, with greater accumulation in the extracellular state. Within 96 hours, adverse health effects were measurable in all tissues. 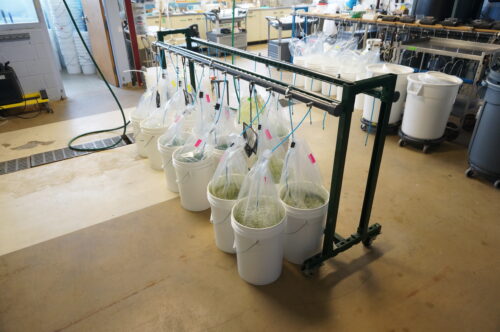 Research apparatus in Aquatic Toxicology Unit of the Ministry of the Environment, Conservation and Parks.

Tissue and cell death and hemorrhage occurred with similar severity in fish that were exposed to both intracellular and extracellular microcystins. Cancer-causing proteins were also detected. These impacts may affect fish health over their lifetime, especially later in life, Shahmohamadloo said.

“We saw at the cellular level that cyanotoxins are causing these adverse health effects in fish,” he said. “The implications for that are substantial for governmental and non-governmental regulatory agencies that are trying to protect the public and also fisheries.”

The findings suggest that efforts to lessen harm from algal blooms may have to focus not just on summer but earlier in the season as well. 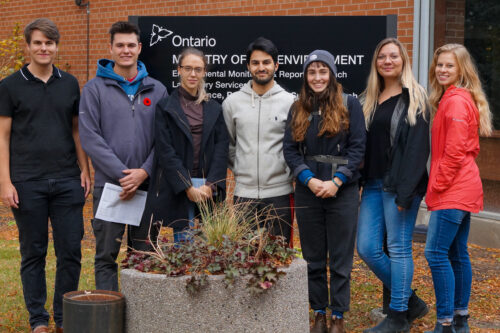 Shahmohamadloo, centre, with team of undergraduates who assisted with the research.

North America is currently in the algal bloom season, he said, with algae at a peak in lakes. Beaches are often closed to help prevent people from being exposed to these toxins.

“When the blooms are dying off, cells that were once healthy and viable begin releasing toxins in water, posing a greater chance of getting taken up by humans and fish,” he said.