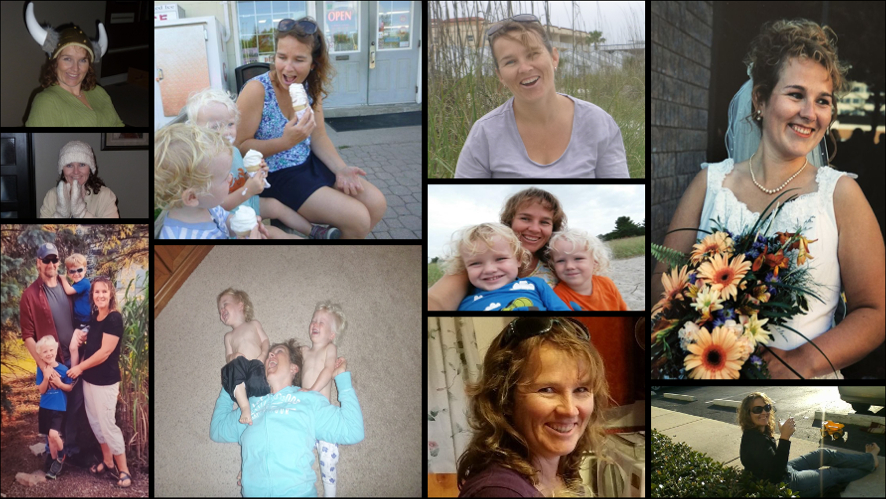 A collage of images of Cindy Graham’s happiest moments

A University of Guelph professor is leading a major fundraising campaign in memory of his wife to support research aimed at finding new treatments for brain cancer.

Dr. Thomas Graham, a professor in the School of Environmental Sciences, lost his wife, Cindy Graham, a U of G alumna, on Feb. 24 after an 18-month battle with glioblastoma, an aggressive brain cancer. She was 47, and mother to twins Dean and Darwin, 8.

The story of Cindy’s illness — including her donation of blood and tumour samples during treatment and her spinal cord and brain upon death to medical research, as well as Thomas’s continued work to raise funds for research into glioblastoma — was recently featured in The Globe and Mail. 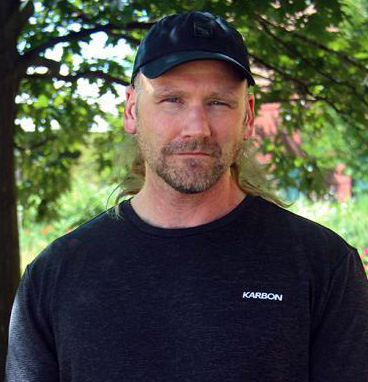 The GoFundMe campaign, called the Cindy Graham Glioblastoma Memorial Research Fund, feeds directly into the endowment established at McMaster. Thomas hopes to raise $500,000 in total, including at least $350,000 through the GoFundMe campaign.

Direct, no-fee donations can also be made through McMaster’s donation page.

The first scholarship, sponsored by the family, will be awarded this fall as part of the formal establishment of the research centre.

“Working on this campaign provides some meaning to our loss,” said Thomas, a world-leading expert in controlled environment agriculture and the use of bio-regenerative life-support systems for human space exploration.

He said, “When I talk with Dean and Darwin about this, they say, ‘So Mom is a hero then’ — to which I respond: ‘She most certainly is.’”

Throughout her illness, Cindy made tissue donations toward ongoing research at the McMaster lab. She understood that her cancer was terminal and that any developments based on her contributions would not help her. But she knew that she could help advance research into more effective treatments, perhaps leading to hope where little currently exists, Thomas said.

Cindy was committed to advancing glioblastoma research by participating in clinical trials and through the donation of her cancer tissue and, ultimately, her brain and brain stem to research. Using those samples, researchers plan to spend the next few years studying glioblastoma and testing potential treatments on mice.

Her donation offers an unprecedented opportunity to create a comprehensive biological and genetic map of the disease, said Thomas, enabling scientists to better understand the cancer’s biology, the regulators of invasion and tumour spread, and immune system/immunotherapy responses and applications toward treatments.

“Cindy’s tissue donations will help keep this important cancer research going and may someday lead to more effective treatments and perhaps even a cure,” Thomas said. “With glioblastoma, there does not appear to be any rhyme or reason to who may develop this devastating disease.”

After graduating from U of G with a B.Sc. in biochemistry, Cindy worked for McNeil Consumer Healthcare in Guelph for many years in pharmaceutical research. She also managed a clinical trial lab and administered a food safety auditing group in Guelph.

“When our twins were born, Cindy made her most important career move, becoming a professional mom of the highest calibre,” Thomas said.

Cindy had a rare ability to connect with people, he said, and had a broad, diverse and close group of friends, family and acquaintances. A deeply caring person, she worked to make the world a better place, both through her professional life and through her friendships.

“She was selfless. She always made sure everyone else was OK before she took care of herself. It is just like her to continue to do that to the end and beyond,” said Thomas.

“I want the endowment to be meaningful. It has to be big enough to be impactful, kind of like Cindy was.

“There have not been any significant improvements glioblastoma prognoses in over 20 years, and that absolutely must change. Glioblastoma is still largely a terminal diagnosis, but with Cindy’s gifts, her endowed legacy and the hard and tireless work of researchers such as Sheila Singh and her team, hope can exist.”