An ongoing, ambitious project led by University of Guelph researchers to catalogue and preserve Canadian biodiversity will receive a $7-million investment.

The BIOSCAN-Canada project to inventory the country’s organisms and probe their interactions will receive $3 million from Genome Canada.

“Biodiversity loss is recognized as one of the greatest problems confronting humanity,” said Dr. Paul Hebert, director of U of G’s Centre for Biodiversity Genomics (CBG). “We hope this funding catalyzes other investments in biodiversity research to allow humanity to better protect the species that share our planet.”

Along with public and private funding, the U of G-led initiative will garner almost $7.2 million through Genome Canada’s Large-Scale Applied Research Project (LSARP) competition. 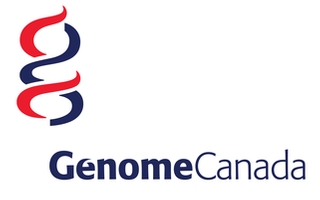 In all, the agency will provide $24.4 million for eight projects using genomics for biodiversity conservation, biomonitoring and bioremediation. Genome Canada’s funding for the U of G project will flow through Ontario Genomics.

Including additional funding from federal and provincial agencies and business as well as research partners, the investment announced this week by François-Philippe Champagne, federal Minister of Innovation, Science and Industry, totals almost $60 million for projects from whale conservation to oil spill response to climate change impacts.

“This generous funding comes at a critical time in our efforts to understand and preserve biodiversity in Canada and beyond,” said Dr. Malcolm Campbell, vice-president (research).

“This investment also underlines the key role played by University of Guelph researchers in our efforts to maintain the diversity of life crucial to health and well-being of people, animals and ecosystems around the world.”

“Scientists at the University of Guelph have long been leaders in documenting life of all types on the planet, and continued funding from the Government of Canada will help ensure they can continue their critical work.”

BIOSCAN-Canada is part of an eight-year, $180-million project involving more than 1,000 researchers from 40 countries. Led by the International Barcode of Life (iBOL) consortium based at U of G, the initiative was launched in mid-2019.

The project uses U of G-developed DNA barcoding technology to identify and catalogue species worldwide and to examine their interactions and dynamics – key information required to help stem biodiversity loss, said Hebert.

The LSARP award will support sampling and cataloguing of species in Canada’s Arctic and on the West Coast. Samples collected by U of G researchers and partner organizations will be sequenced cheaply and rapidly at the CBG. Every new record is being added to a growing barcode database, called the Barcode of Life Data (BOLD) system, that now holds genetic sequences from more than 800,000 species.

Hebert said it is critical to monitor biodiversity in the North, which is heavily impacted by climate change. BIOSCAN’s Arctic component was launched in 2019 with support from Polar Knowledge Canada (POLAR).

Referring to heat, drought, flooding and wildfires across Canada, Hebert said, “This summer of environmental extremes reinforces the fact that our world is changing – and the Arctic is changing most rapidly. POLAR is responsible for tracking and monitoring what’s happening to life in our Arctic, and their efforts will benefit hugely from DNA-based assessments.”

The LSARP award will also allow U of G researchers to develop new protocols to analyze specimens more rapidly and cheaply and to examine species interactions and dynamics in Canadian ecosystems.

Under BIOSCAN, researchers are sampling sites around the world to inventory species, essential information for monitoring the impacts of environmental changes on biodiversity.

“We want to develop the baseline data required so that future generations know what we’ve done to life on the planet, good or bad,” said Hebert.