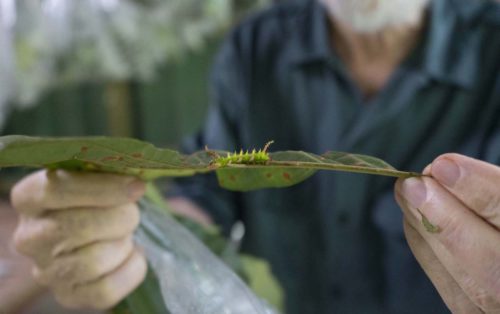 It’s only about the size of Nova Scotia, but Costa Rica is a biodiversity hot spot that’s home to some four per cent of all known species on Earth.

Against ever-mounting threats to the planet’s biodiversity, helping to catalogue and conserve many of those organisms in the Central American country is the purpose of a new $4-million award to the University of Guelph’s Centre for Biodiversity Genomics (CBG).

The Chicago-based Walder Foundation has awarded US$1 million for an ambitious project to catalogue 1 million insect specimens in Costa Rica.

With matching grants from the Costa Rican government and the Guanacaste Dry Forest Conservation Fund – a non-profit organization focused on conserving biodiversity –  the CBG will receive almost C$4 million to extend its DNA barcoding project there.

“These awards will allow a magnificent advance in our understanding of Costa Rican biodiversity,” said Prof. Paul Hebert, CBG director. “We are embarking on a great voyage of species discovery.”

The funding will enable biologists, including Costa Rican researchers, to add data for about 200,000 species – including many new to science – over the next three years to a growing DNA barcode library being developed by the International Barcode of Life (iBOL) consortium hosted at U of G.

Developed by Hebert, DNA barcoding allows researchers to distinguish species of living things based on a telltale snippet of their genetic material.

Until now, barcoding studies in Costa Rica have focused on plants and animals in the Area de Conservacion Guanacaste, a 169,000-hectare restoration and conservation project in a UNESCO World Heritage site. The new funding will extend analysis to organisms in 10 more national parks in the country.

All specimens will be analyzed at the CBG. Hebert said powerful new DNA sequencing technology and analytical approaches will allow researchers to catalogue all of Costa Rica’s estimated 1 million species in about a decade – and none too soon. 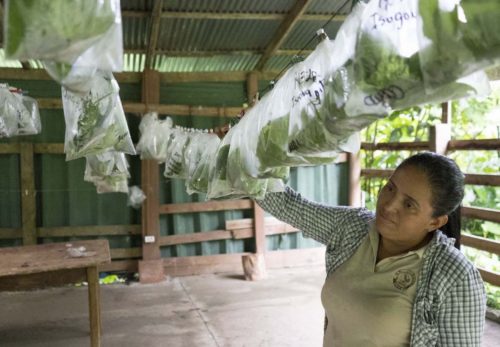 “I think biodiversity is going to be the next big problem that humanity will be forced to grapple with,” said Hebert, scientific director of the iBOL consortium. “Lost species can’t be replaced.”

Results from the new Costa Rica project will represent a major contribution to BIOSCAN, said Hebert. They will also underpin BioAlfa, a $100-million project launched by the Costa Rican government earlier this year that aims to enlist citizens in understanding and protecting biodiversity.

Referring to recent evidence of a 30-per-cent decline in North American bird numbers over the last 50 years, Hebert said the goal of “making humanity ‘bio-literate’ is ever more critical as we continue to encroach on natural habitats. People are not thinking about what we’re doing to life on the planet.”

The Walder Foundation is a private family foundation based near Chicago, Illinois, working to promote sustainability across a variety of program areas, including the environment.